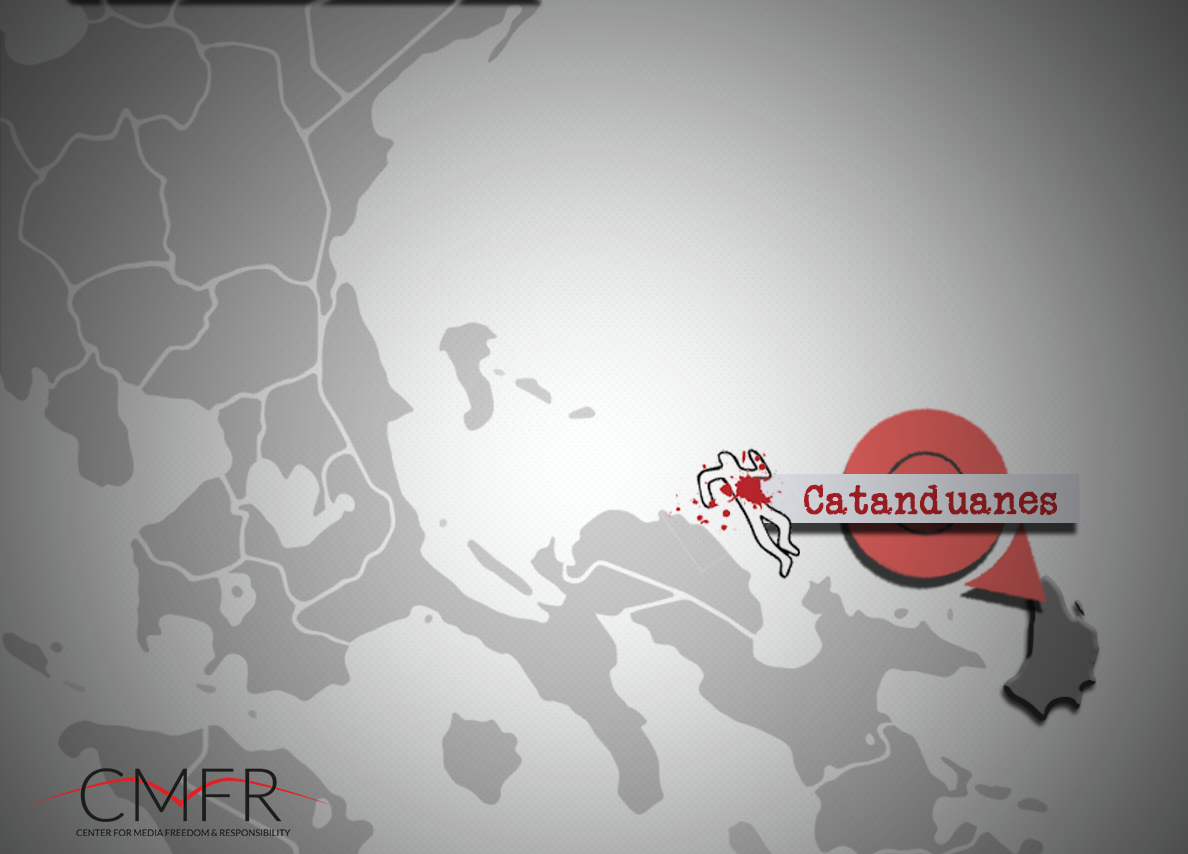 CMFR/ PHILIPPINES – An unidentified gunman shot the publisher-columnist of a two-week old community newspaper in Catanduanes on 19 December 2016. His death is the first media killing under the watch of President Rodrigo Duterte. It is also the first journalist killing in Catanduanes and the eighth in the Bicol region since 1986. Catanduanes is 591 kilometers south of Manila.

The victim, Larry Que, a local businessman, published Catanduanes News Now two weeks before he was shot. He wrote a column in the December 13 to 19 issue of Catanduanes News Now calling out the negligence of local officials on the manufacturing of illegal drugs in the island. His column also claimed that foreigners who set up drug facilities in Catanduanes had some help from locals of Chinese descent.

According to a Manila Bulletin report, netizens in Catanduanes commented on a photo of Que with Marcelo Uy, a local plastic retailer, after news reported a raided shabu laboratory in the province late November this year. The Bulletin report said that the shabu lab was also used for the manufacture of plasticware sold at a store owned by Uy. Netizens said that Que had a lot of information about the shabu lab operations. (“Businessman who ran for mayor in Virac shot in the head”).

At around 10:45 a.m. on December 19, Que was about to enter the building where an insurance company he owned is located when a man wearing helmet and raincoat approached and shot him in the head. The gunman then fled on a motorcycle driven by a cohort.

Rushed to the Eastern Bicol Medical Center, Que died at around 1:45 a.m the next day. If proven work-related, the killing of Que will be the 153rd case of a journalist killed in the line of duty in the Philippines since 1986 and the third this year.

Due to lack of sources to verify circumstances, CMFR has not reported on the shooting of Virgilio Maganes on November 8. But according to reports, the Pangasinan radio broadcaster and columnist was riding a tricycle to work when two men on board a motorcycle fired shots at him. The journalist pretended to be dead and the assailant left a cardboard sign saying “Drug Pusher, Huwag Pamarisan (Do not imitate).” Maganes rushed himself to the hospital after the gunmen fled. CMFR spoke to the police but they were yet to establish the possible motive of the killing. Maganes has not picked up any of CMFR’s calls.