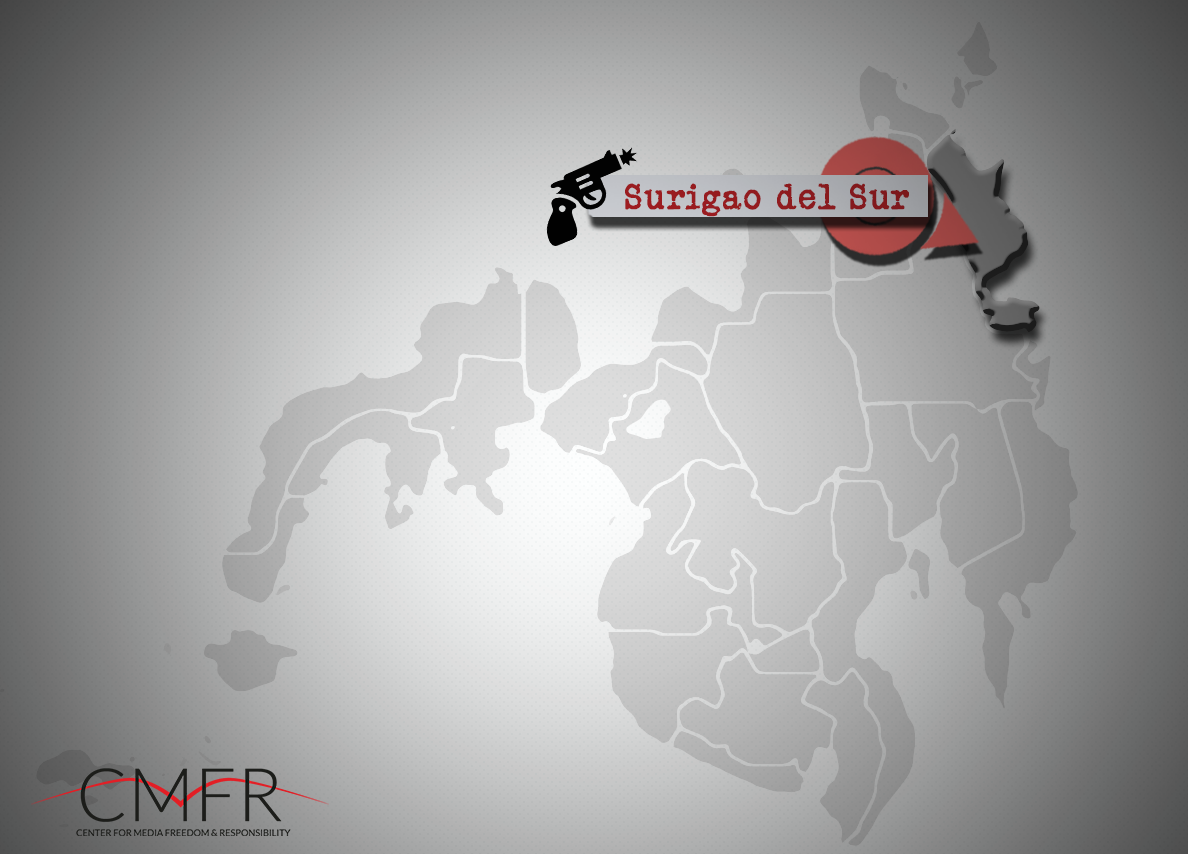 CMFR/PHILIPPINES – Two weeks after two men on a motorcycle wounded a broadcaster and his 12-year old son in Surigao City on 30 June 2016, a Surigao del Sur blocktimer survived a slay attempt by unidentified men who fired at his vehicle on July 14 in Bislig City, Surigao del Sur. Surigao del Sur is 1,296 kilometers south of Manila.

Real FM broadcaster and Surigao del Sur provincial board member Apolinario Suan Jr. was on his way home aboard a Toyota Land Cruiser with eight escorts when van-riding men shot at them along the national highway in Sitio Tandawan in Barangay San Vicente in Bislig City around 2 p.m. on Thursday.

Suan sustained gunshot wounds on his right forearm and right leg while one of his escorts was killed, and two others wounded.

According to Real FM officer-in-charge Gerry Tesorio, the incident happened after Suan left the radio station after his daily program. Suan hosts the blocktime program Punto in Punto aired from Mondays to Saturdays, 11:00 am to 12:00 nn. Blocktiming is a broadcast practice in which the blocktimer buys “blocks” of radio or TV airtime for their programs, which they market to sponsors and advertisers.

The blocktimer and his escorts were brought to Andres Soriano Hospital in Bislig City and were later transferred to Davao Medical Center.

The police are looking at different angles for the slay attempt including Suan’s work as a board member. Diaz said that they are not dismissing the possibility that the attempt was because of his broadcast work. Suan has been reporting on community issues and has been giving legal advice to his listeners. He also comments on local government issues.