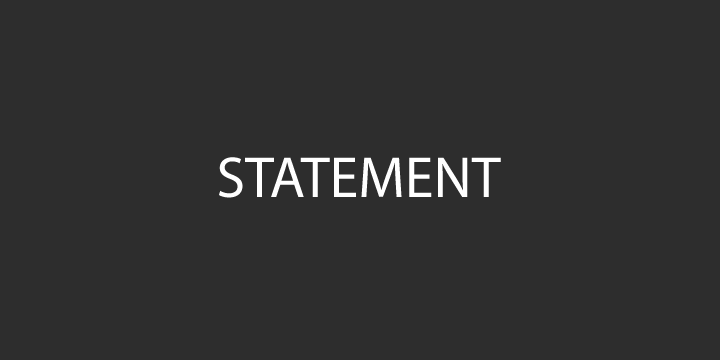 THE FUNDAMENTAL mandate of a free press is to provide fair, accurate and relevant information in furtherance of the right of the people to know, so that they can make intelligent decisions about their lives, their government, and the people on whom they have delegated their powers as the true sovereigns in a democracy. Among others, the duty of the press is to make public scrutiny of government and governance possible by reporting, explaining and illuminating the issues and events vital to the making of an informed and politically-engaged citizenry.

No matter how politely phrased, a “request” from the powerful to withhold publication, delete, modify or to take down an article is just another name for a demand that the news media abdicate that duty. However, if the “request”‘ was made because the article is inaccurate, biased, unfair, libelous and otherwise in violation of the ethical and professional standards of journalism, it must provide the specifics of the violation or violations.

The major difference between the news process in the old media of print and broadcasting and that in an online news blog is the absence in the latter of the system known as gate-keeping.  Ideally, stories are checked by editors for accuracy and fairness, for libel and other legal impediments, and for style and grammar. In the ideal newsroom, articles that do not meet these standards are either not published, rewritten by copy editors, or returned to the individual journalist for rewriting.

When a request is made to take down, or “un-publish” an article online, the request must specify how it failed the standards of accuracy or fairness or other legal issues about the content. It must be supported with proof in the same way that the writer or reporter had to prove to his editors that the article was factual and fair.

The articles also alleged that “Tito” Sotto, then a comedian in a popular noontime television show, coerced actress Pepsi Paloma into signing an affidavit of desistance. Paloma was found dead three years later, in what the police said was a suicide.

On May 29, 2018, a week after he was elected Senate President by the majority in that chamber, Sotto wrote Inquirer.net and asked that the articles be taken down, describing these as “unverified articles that have been negatively affecting” his reputation. He offered no proof to support his claims. It was not the first time that Sotto had demanded that a news organization take down a story. In 2016, he also threatened to sue the online news site Rappler unless it took down one of its columnists’ pieces on the Reproductive Health law. Rappler stood by the article and refused to take it down; Sotto did not sue.

For four years–the four years that Sotto was not Senate President–the articles by Inquirer.net  columnist Rodel Rodis had been on the Internet. That they were published then meant that they had passed the PDI’s standards for publication, the most basic of which are accuracy and fairness. Without new evidence, the decision to look into the veracity and justice of a story four years after publication is practically saying that those standards were not met when the item was published.

Libelous articles can and should be taken down, and in fact should never have been published. Whether committed against private individuals or public figures, libel is both an ethical and legal offense. But it has to be established, in this case after publication.

In both instances — in a data subject’s right to be forgotten and in the case of libel — public interest is a core issue. Will taking down the article deny the public its fundamental right to information? If the article is in fact not libelous, would not taking it down deny the public information relevant to its need to evaluate the conduct, and therefore the character and fitness for office, of its elected officials? Equally important is the impact of acceding to the request on the media organization’s editorial prerogative to decide what to publish, which has a bearing on its capacity to serve the public.

When the answer to these questions is yes, then press freedom is clearly at issue. The right to decide what to publish free from external pressure is at the heart of press freedom. Its defense is crucial to the responsibility of providing the citizenry the knowledge it needs to exercise its sovereign right to form opinions and make decisions on the issues and concerns that matter to it. Taking down an article for no other reason than the claim that it is damaging to the requesting party’s reputation also establishes a precedent likely to embolden the powerful, whom the media are duty-bound to monitor and hold accountable in behalf of the sovereign people, into demanding the same of every news story, explanatory report, investigative piece, news analysis, editorial, or column that they deem unacceptable for whatever reason.

Any one of the above journalistic forms can damage reputations.  But their capacity to inflict harm on the image of public figures is tempered by the need to keep citizens informed, and balanced by press adherence to the standards of accuracy and fairness in behalf of democratic discourse and decision-making. The citizens who elected the officials who govern in their name have every right to know what they’ve done and have been doing so they can judge their fitness for the office they hold or are aspiring for.

Every official should keep in mind that running for, and election  to, public office makes every aspect of his or her life and behavior open to public scrutiny through, among other means of information, the press and the mass media whose reports on  such matters are protected as “privileged communication.” That is one of the ways democracy works, and one of the reasons why press freedom is a Constitutionally protected right.