The Danish Ambassador on the Philippine Press 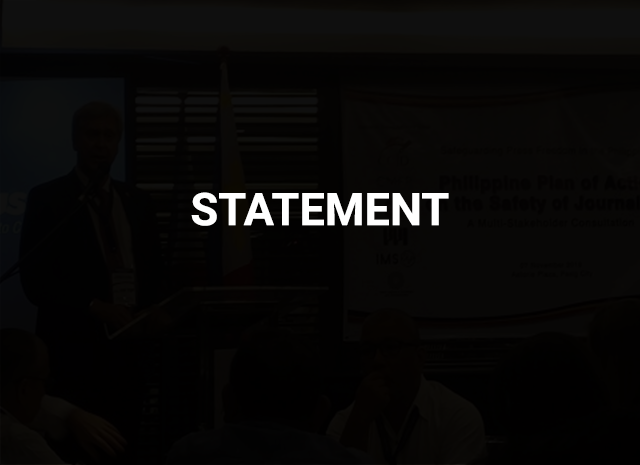 THE CENTER for Media Freedom & Responsibility (CMFR) takes exception to the statements of Denmark’s ambassador to the Philippines Jan Top Christensen regarding the Philippine media’s coverage of the government.

Speaking in a multi-stakeholder consultation forum on journalists’ safety organized by the Asian Institute of Journalism and Communication (AIJC) last November 7, Ambassador Christensen described “some” of the Philippine media as “systematically negative” in reporting on state policies and programs.

Christensen said that “I read many different media every day to follow the situation of this country. And I must say some of these media are systematically negative…systematically negative. They’re not able to present one positive view of what this government is doing. For me it’s lack of ethical standards, it’s lack of professionalism. Whether it’s lack of human resources, cognitive resources for the journalist, or it’s just the political decisions to paint this dark picture, I don’t know.”

He added that the Philippines has “in general, in the Western media, a negative exposure mainly based on the so-called war on drugs.”

The ambassador then mentioned some “very progressive reforms” that happened under the Duterte administration, such as the executive orders on Freedom of Information and the implementation of the Reproductive Health Law, the “income tax reform” or the TRAIN law, and the Build, Build, Build infrastructure program.

Since its establishment in 1989, CMFR has been monitoring the state of media and how they cover issues of public concern. At no other time has the press been more indulgent of government than today, during the administration of President Rodrigo Duterte.

For the last two years, CMFR’s monitors on issues such as the war on drugs, the siege of Marawi and Chinese intrusion in Philippine waters have noted how the media, in general, religiously report government officials’ statements, rarely giving the same weight to opposing or non-official views in behalf of well-informed public discussion and discourse. Critical accounts pale in comparison, allowing the government to control the narrative.

The reality is that thirty-two years after the overthrow of former president and dictator Ferdinand Marcos, the Philippine press is once again under siege as it was during the authoritarian regime. Online and offline, the current hostile environment for journalists is enabled by state forces led by President Duterte himself, who habitually evades or dismisses questions about his performance of his sworn duty. Aside from the continuing harassment and killings of individual journalists, threats of closure, non-renewals of congressional franchises and their sale to administration allies also hound some of the biggest media networks today.

To avoid even worse threats and harassments, many journalists avoid asking the hard questions at the expense of truth-telling. The “progressive reforms” that Ambassador Christensen mentioned were in fact reported largely from the viewpoint of government  authorities, with little, limited, or no follow-up on the gaps in and negative consequences of their implementation.

The ambassador did not elaborate on what he described as“systematically negative” coverage. But if by this phrase he means the coverage of those media that can be considered critical, it should be noted that the government’s side is, more often than not, still presented in their reports in observance of the idea that reportage should be “objective.” This is occurring despite the imperative for journalists to discharge their duty of not only reporting the news but also helping the public understand what the news means, especially in these perilous times for both press freedom and democracy.

Rather than being “negative,” what much of the media can be accused of is their increasing tendency to merely report what government sources claim without context and analysis, failing to question policies and programs which may have negative impact. Ambassador Christensen was quite simply wrong, and his statements may be cited by government as supportive of the attacks and threats — not only of the president but also of other public officials — on the press, weakening an institution that is vital to democratic discourse and decision-making.