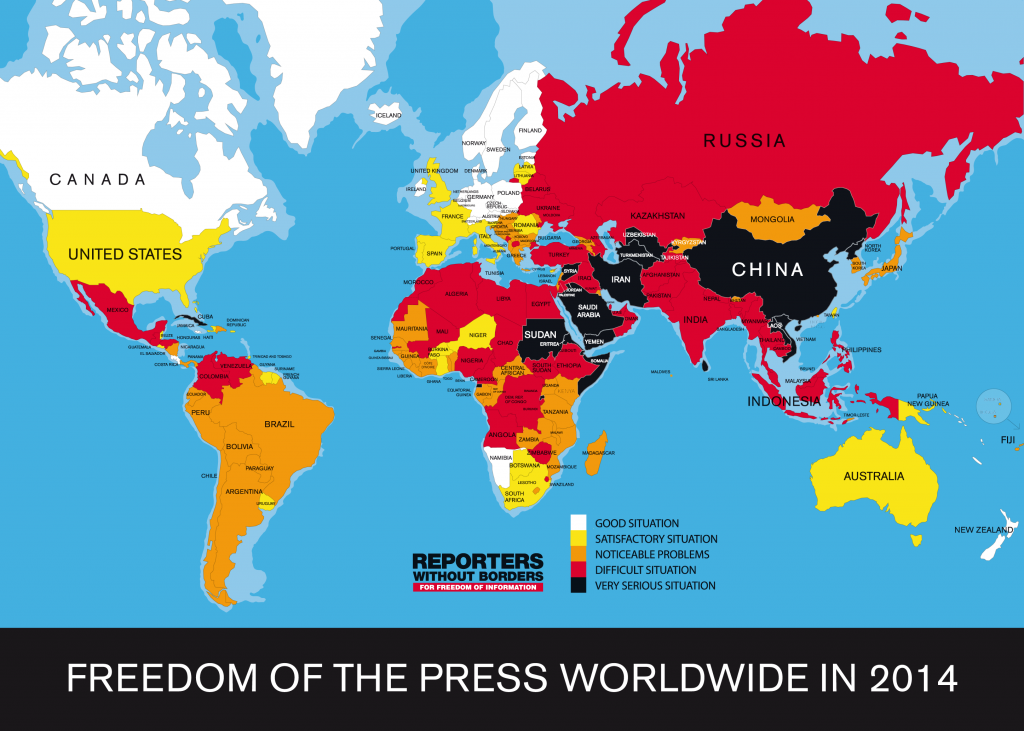 CMFR/Philippines – The Philippines dropped from 147th place in 2013 to 149th in the 2014 World Press Freedom Index released on 12 February 2014 by the Paris-based organization Reporters Without Borders (RSF; Reporters Sans Frontieres). A Presidential spokesperson responded to the report by saying that the Philippine government is committed to “protect the rights and welfare of journalists.”

The index monitored the state of press freedom in 180 countries, ranking them in terms of the best to the worst environments they provided for press freedom.

“It (the index) reflects the degree of freedom that journalists, news organizations and netizens enjoy in each country, and the efforts by the authorities to respect and ensure respect for this freedom,” RSF said.

In 2011, when the Philippines ranked 140th in the index, RSF cited the proposed Right of Reply Bill, the slow progress of the 2009 Ampatuan Massacre trial and the continuing killing of journalists as reasons for the Philippines’ low ranking.

Following the index’s release, the New York-based Committee to Protect Journalists (CPJ) released the 2014 edition of its annual report “Attacks on the Press: Journalism on the Front Lines” .

CPJ reported three journalists confirmed to have been killed in the line of duty in the Philippines in 2013. The country is second only to Iraq, according to CPJ, as the deadliest country for journalists, with 76- work-related killings since 1992.

In a text message to members of the media, Coloma said the government is “committed to protect the rights and welfare of journalists and workers in the media industry in general.”

Part of that commitment, Coloma added, is continuing to “ensure that justice will be served to the families of the journalists who are victims of violence in the performance of their duties.”

CMFR lists 139 journalists and media workers killed in the line of duty since Philippine democracy was restored in 1986. Of the cases brought to court, only 12 have resulted in convictions.