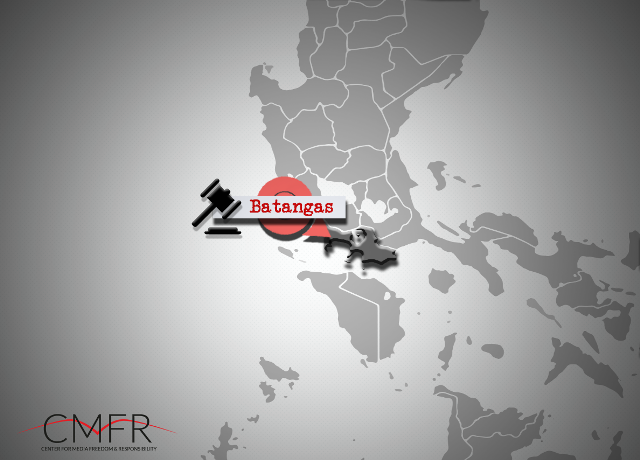 CMFR/PHILIPPINES – A court in Batangas acquitted a police officer accused of killing a lawyer-broadcaster in 2009. The decision was promulgated 14 April 2016.

Perez was one of the three anchors in the “Sa Totoo Lang (For Real)” program, which aired from Monday to Friday from 6:30 a.m. to 8:00 a.m. The broadcaster was shot outside of his house in San Jose, Occidental Mindoro at around 10:00 am on 9 June 2009. He sustained two gunshot wounds and later died in the hospital. Occidental Mindoro is approximately 156 kilometers south from Manila.

Perez’s widow Irene saw the assailant who immediately boarded a motorcycle after the incident. The suspect was later identified as Quimoyog. Another witness, Rogelia Sabia, testified that PO2 Quimoyog was the owner of the motorcycle used by the gunman.

Castillo said in his decision that the testimonies of some prosecution witnesses were “only circumstantial evidence”.

Only 15 out of the 151 work-related cases of slain journalists and media workers in the Philippines since 1986 have resulted in convictions. The killing of Perez is the sixth case to reach the courts which has resulted in the acquittal of the accused perpetrator.