Public Service Broadcasting: Will It Work in the Philippines? 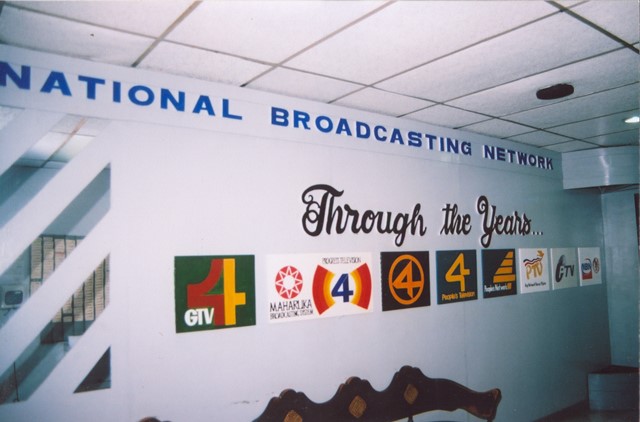 THE NEW administration has well demonstrated its political will in certain aspects of governance. The public continues to support its initiatives.  This same determination is about to transform government media and communication agencies, according to the new Communications Secretary Martin Andanar.

In an interview in ABS-CBN News Channel’s (ANC) Headstart with Karen Davila, Andanar said the Duterte administration assures the independence of the state-run People’s Television (PTV-4) to make it similar to the British Broadcasting Corporation (BBC) of the United Kingdom, one of the longest-operating public service broadcasters (PSBs) in the world.

Broadcast media remains dominant in the Philippines, with ownership concentrated mainly in the hands of commercial corporations or family businesses. Privately-owned media companies that operate for profit offer content that is primarily entertainment-driven.

State-run media have since been seen as an instrument used by government to make the incumbent administration look good.  Instead of being an independent body, PTV-4, renamed National Broadcasting Network (NBN) and its affiliate stations have remained under the supervision of the Presidential Communications Office.

Despite being government-owned, PTNI’s charter stipulates that no funds from the national budget will be provided for the operations of PTNI. It only allows the network “to raise, borrow or obtain funds, from any source, private or government, foreign or domestic and to enter any financial or credit arrangements in order to support or carry out its objectives and purposes, subject to the pertinent laws governing public debt and expenditure.”  The Philippine Charity Sweepstakes Office (PCSO) and the Philippine Amusement and Gaming Corporation (Pagcor) are some of the government entities that provide institutional revenues to PTNI.

In 2013, former President Benigno Aquino III signed Republic Act 10390, amending PTNI’s charter. Then Communications Secretary Herminio “Sonny” Coloma, Jr. said that the new law addresses two main problems of the state-run network: 1) the “financial hemorrhage” marked by the depletion of the station’s capital and 2) the lack of a stable source of income.

The amended charter provided for a fresh capital infusion of five billion pesos: one billion annually sourced from the national budget from 2013 to 2016, and two billion sourced from revenue generated from advertisements and airtime sales. This makes the network commercial in nature, largely affecting its effort to provide real alternative programming.

While public service is a core function of the state, government-run media are not necessarily PSBs.

The United Nations Educational, Scientific and Cultural Organization (UNESCO) has promoted and strengthened PSBs worldwide. It defines public broadcasting as “made, financed and controlled by the public and for the public. It is neither commercial nor state-owned. It is free from political interference and pressure from commercial forces. Through PSB, citizens are informed, educated and also entertained.  The concept prescribes pluralism, programming diversity, along with editorial independence, appropriate funding, accountability and transparency. Based on these values, UNESCO views the operation of PSB as a “a cornerstone of democracy.”

Dr. Werner Rumphorst, in his book Model Public Service Broadcasting Law, said the public is the beneficiary, paymaster and controller of public service broadcasting.  According to Rumphorst, control by the public means “that representatives of the public ensure that the public broadcasting organization actually fulfills its public service mission, in the best possible manner.” This is where legislation may be introduced to create institutions or organizations that involve citizens or citizen groups who will actively guide the PSB in achieving its mission.

UNESCO’s “Media Development Indicators” also lists the following conditions, among many others, to assess which organizations are full PSBs:

There has been no single standard or uniform model for a PSB. But some countries have developed models to counter the inherent weaknesses of the state-controlled model which upholds a commitment to keeping governments in power and the commercial model which focuses on commercial profit. Integral to public service broadcasting is the belief in good governance, human rights and informed, participatory citizenship.

There are also many ways of funding PSBs. BBC gets its funds mainly from public funding and television licenses, with only three percent from commercial activities. Japan’s Nippon Hoso Kyokai (NHK) operates on reception fees alone; any television set equipped to receive NHK is required to pay.

Meanwhile, Australia’s Special Broadcasting Services (SBS) and Australian Broadcasting Corporation (ABC) both receive an annual public grant voted directly by parliament. While ABC is strictly prohibited from airing commercial ads, SBS is permitted to broadcast up to five minutes of commercials per hour as supplemental source of revenue.

The Canadian Broadcasting Corporation (CBC) is primarily financed by public funds provided in the form of a direct annual grant. Other sources of funding for the CBC include advertising revenues, subscriptions and services and rental of property.

These systems have provided not only excellent news services but quality entertainment that draws popular following as well.

The quest for a PSB in the Philippines is not a new initiative.

Draft bills have been written for possible legislation. In 2005, plans to set one up had already been discussed. Speaking in a multisectoral forum held in SEAMEO-INNOTECH in Quezon City, Florangel Rosario-Braid, convenor of the forum and chair of the UNESCO National Commission of the Philippines Communication Committee, said her organization had been advocating for an alternative broadcast channel to complement the commercially dominated broadcast media, but that past initiatives were not driven with political will as most administrations were reluctant to give up government control of national broadcast systems. Congress also gave PSB bills low priority.

This observation still held true two years later, when the proposed Philippine Public Broadcasting System Act of 2007 managed to reach only first reading in the House of Representatives and referral to the Senate Committee on Public Information and Mass Media.

In countries with a long tradition of commercial media, public broadcasting is often referred to as “state-funded” broadcasting, with the implication that it must be close to, if not a mouthpiece of, the government. Transforming a country’s broadcasting from state to public entails support not only from the government but also from the citizens themselves. The will and commitment to establish a system of public information independent of whatever administration is in power is, however, a paramount requirement.