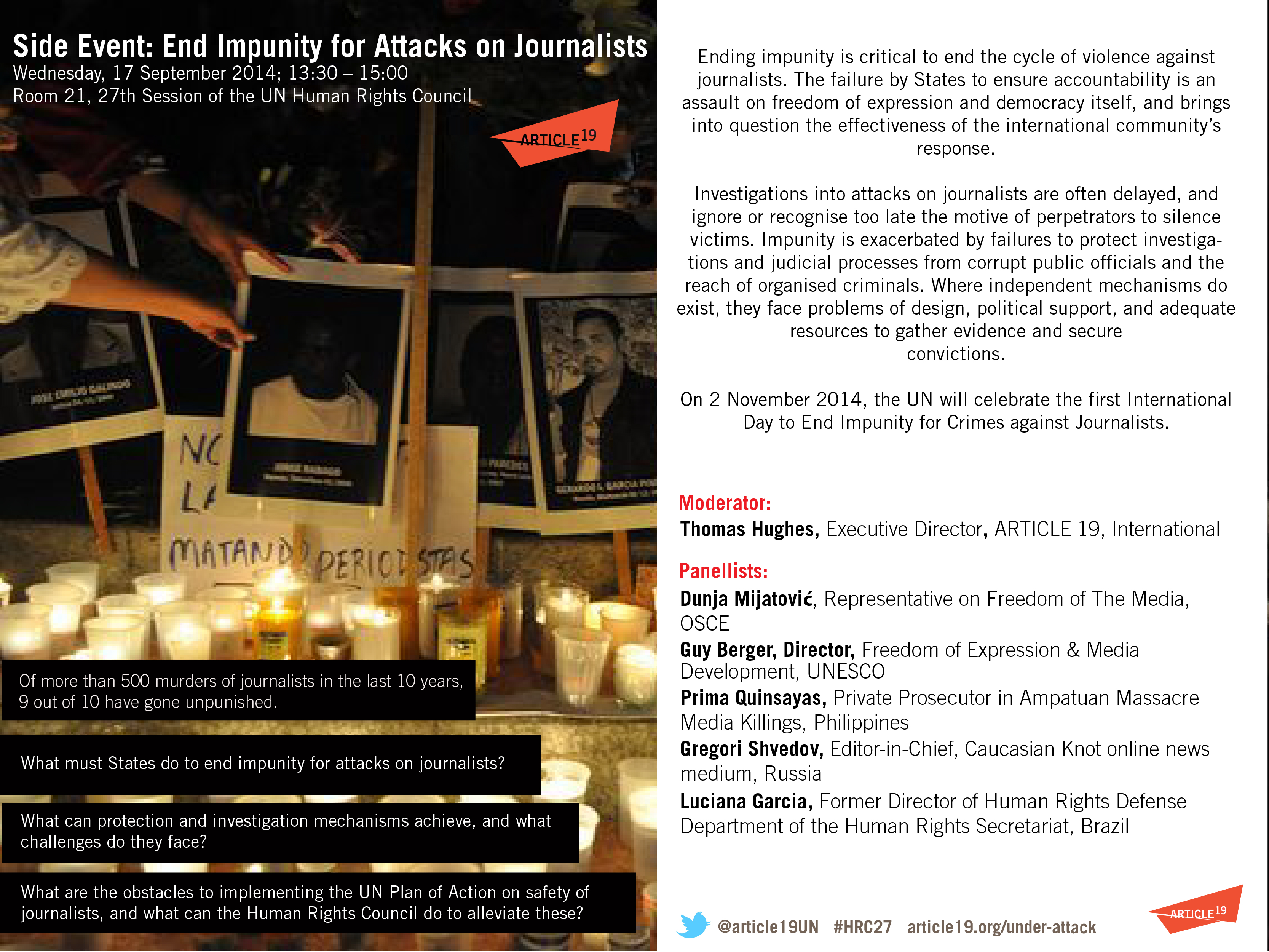 CMFR/Philippines – Free expression advocacy organization Article 19 will hold a side event on 17 September 2014 during the 27th Session of the United Nations Human Rights Council (UNHRC) in Geneva, Switzerland to discuss ending impunity for attacks against journalists. Filipina lawyer Prima Quinsayas, a private prosecutor in the Ampatuan (Maguindanao) Massacre, will be part of the panel.

Quinsayas represents the families of 17 journalists/media workers killed in the massacre. She is the legal counsel of  the Freedom Fund for Filipino Journalists (FFFJ) Inc., a coalition that has for members CMFR, the Kapisanan ng mga Brodkaster ng Pilipinas (Association of Broadcasters of the Philippines, KBP), the Center for Community Journalism and Development (CCJD), the Philippine Center for Investigative Journalism (PCIJ) and the Philippine Press Institute (PPI).

In 23 November 2009, 32 journalists and media workers were killed in an incident of election-related violence in Ampatuan town, Maguindanao province. Fifty-eight (58) people were killed in total. The Committee to Protect Journalists in New York called it the single bloodiest attack against the press in history.

Ahead of the first United Nations (UN) International Day to End Impunity (IDEI) on 2 November, Article 19 will discuss the following: