Tabloid Columnist Gunned Down in Masbate 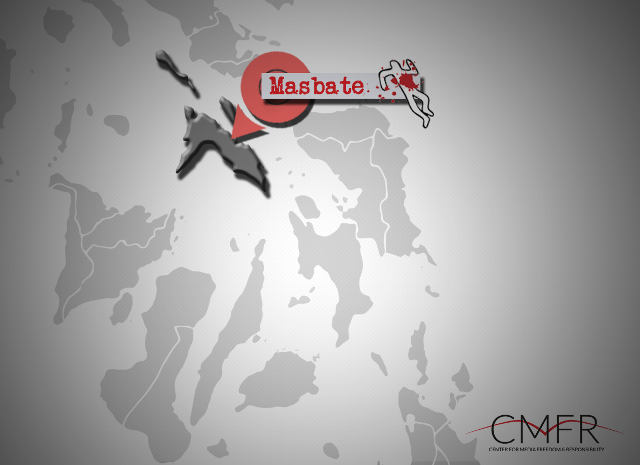 CMFR/PHILIPPINES – Two unidentified men on a motorcycle shot dead a columnist for Remate, Joaquin Briones, in Milagros, Masbate around 8 a.m. on March 13. He was also a former radio commentator.  Remate, a national tabloid in Filipino, is published in Manila. If proven work-related, the killing is the 154th case of a journalist killed in the line of duty since 1986. The columnist is the second journalist killed under the Duterte administration.

Briones was riding his own motorcycle along Sitio Feeder road in Barangay Bacolod when the assailants tailed his vehicle, shooting him from behind and hitting him four times in the back. The gunmen who left the columnist dead on the roadside, fled toward Mandaon town and have not been unidentified until press time.

CMFR previously reported that Briones, who was then a publisher of a local newspaper Masbate Tribune, was sentenced to 12 years in jail for six counts of libel in 2000. Granted parole in 2005, he later hosted the radio program Dos por Dos in dyME and wrote a column “Dos por Dos” in Remate.

Remate Managing Editor Lydia Bueno said that Briones had received threats prompting him to change the name of his column to “Burdado” in which he discussed both local and national issues.

A report in the Bicol Standard quoted Joaquin’s brother Pilipino Mirror publisher Rey Briones, “We are looking at another angle, which is probably related to politics. My brother previously ran as vice mayor of our town.”

Briones had been active in local politics. He ran for vice governor of Masbate but lost in 1998. He also ran for councilor in Milagros town in 2010 and 2013 and for vice mayor in 2016 but lost on all three attempts.

While not completely dismissing that the killing might be related to his work, the police are looking into personal grudge, aside from politics, as possible motive for the killing.