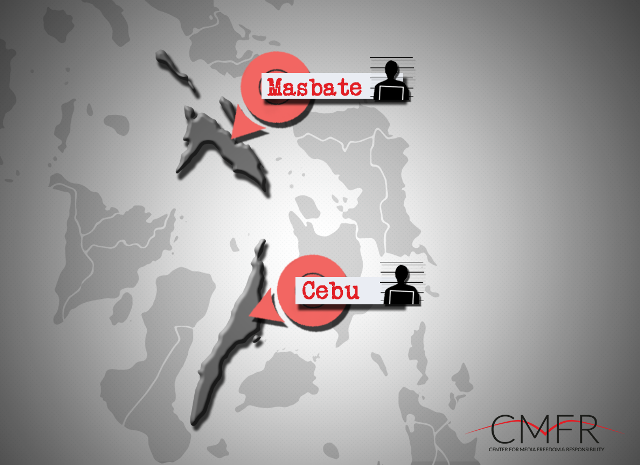 CMFR/PHILIPPINES – A Masbate Regional Trial Court (RTC) judge held in court a journalist who came late for a court hearing on 28 April 2016. Masbate is 576 kilometers south of Manila.

RTC Judge Manuel L. Sese ordered the detention in court of BicolToday.com correspondent Elmer Bandol for coming late for the hearing on a libel case against him. The case was filed by then Masbate Eectric Cooperative (MASELCO) General Manager Dr. Eduardo Margallo. This was after Bandol published in an online news website on 14 December 2011 that MASELCO has incurred financial losses of up to Php 314 million due to “mismanagement,” improper “procurement procedures” and several “illegal transactions.” (“314 million pesos losses of Masbate power coop traced to mismanagement-NEA”)

The report also tagged Margallo as the “Kissing GM” based on several sexual harassment complaints allegedly filed by MASELCO women employees against him.

Bandol was arrested on 15 April 2015 and was released the next day after posting bail.

Bandol told CMFR that the judge thought he was not in court. He was informed that the hearing would start 9:00 am,  but the judge decided to start at 8:00. Bandol’s case was the first to be called when he was still on his way to the court.

On April 17, suspended Cebu City Assistant Prosecutor Mary Ann Castro filed in Talisay City court a libel charge against the sister of her husband Provincial Board Member Grecilda Sanchez-Zaballero and editors and reporters of the Cebu Daily News (CDN). Cebu is 843 kilometers south of Manila.

According to an CDN report, Castro is seeking PHP 3 million in damages from each of the defendants.