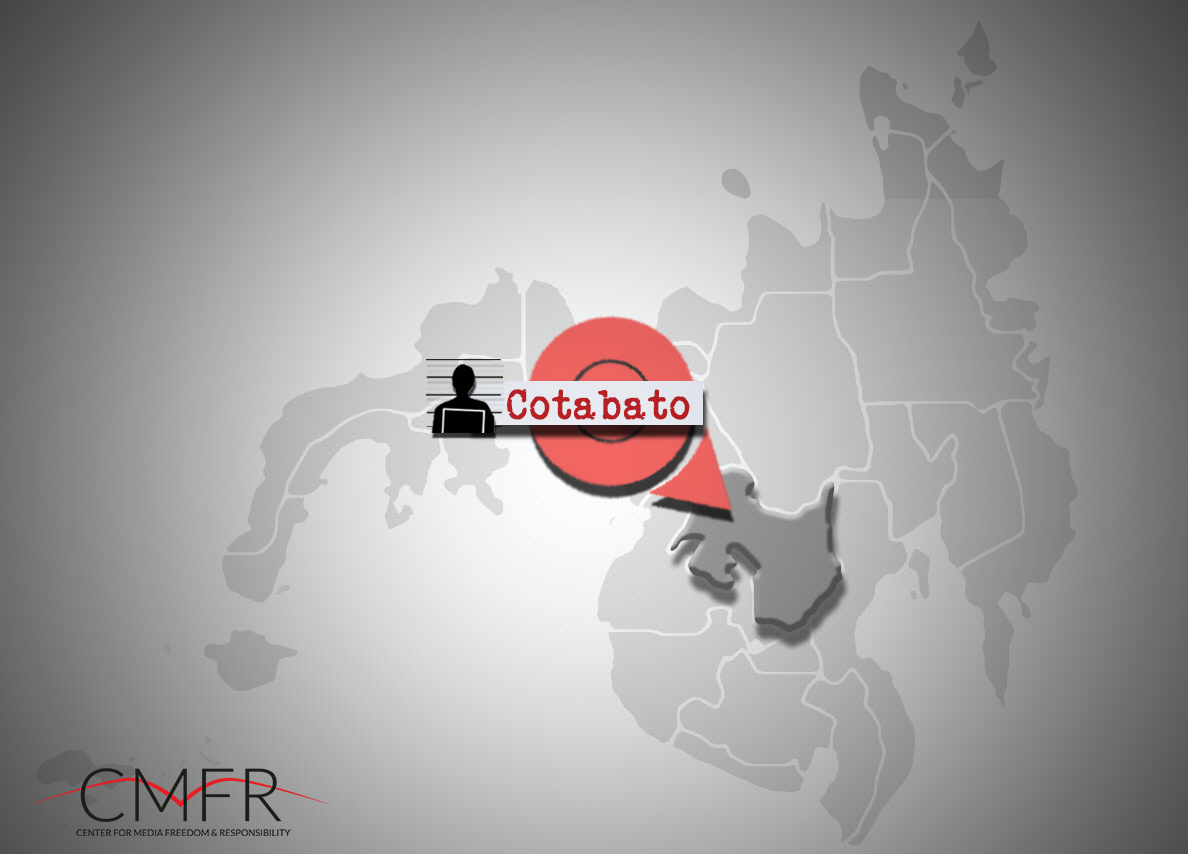 CMFR/PHILIPPINES – A radio manager and broadcaster in Kidapawan City, North Cotabato has been arrested and detained on two libel cases filed by a mayor of Makilala town also in North Cotabato.

Members of the Criminal Investigation and Detection Group in Kidapawan arrested Radyo Bomba 99.5 radio manager and commentator Bong Encarnacion in connection with the libel cases filed by Makilala Mayor Rudy Caoagdan. The libel cases are based on the commentaries of Encarnacion which he made during his radio programs on the alleged anomalies in the municipality of Makilala under the Caoagdan administration.

The radio manager was held at the National Bureau of Investigation office but was released on September 14 after he posted bail.

Encarnacion had been  arrested for libel last September 9. The complaint was also filed by Caoagdan. Encarnacion was able to post bail immediately.

Earlier, a judge told the broadcaster to expect about 50 libel cases against him. Encarnacion told CMFR that he was not informed about the libel complaints before the warrant of arrests were served so he could submit a counter-affidavit.

Libel is still a criminal offense in the Philippines despite calls for its decriminalization. In October 2011, the United Nations Human Rights Committee urged the Philippine government to review its then 79- year-old libel law which it described as “excessive.” CMFR and journalists’ groups have been urging the decriminalization of libel for nearly two decades. The now 84-year old law, which is part of the 1932 Revised Penal Code, is still in effect.