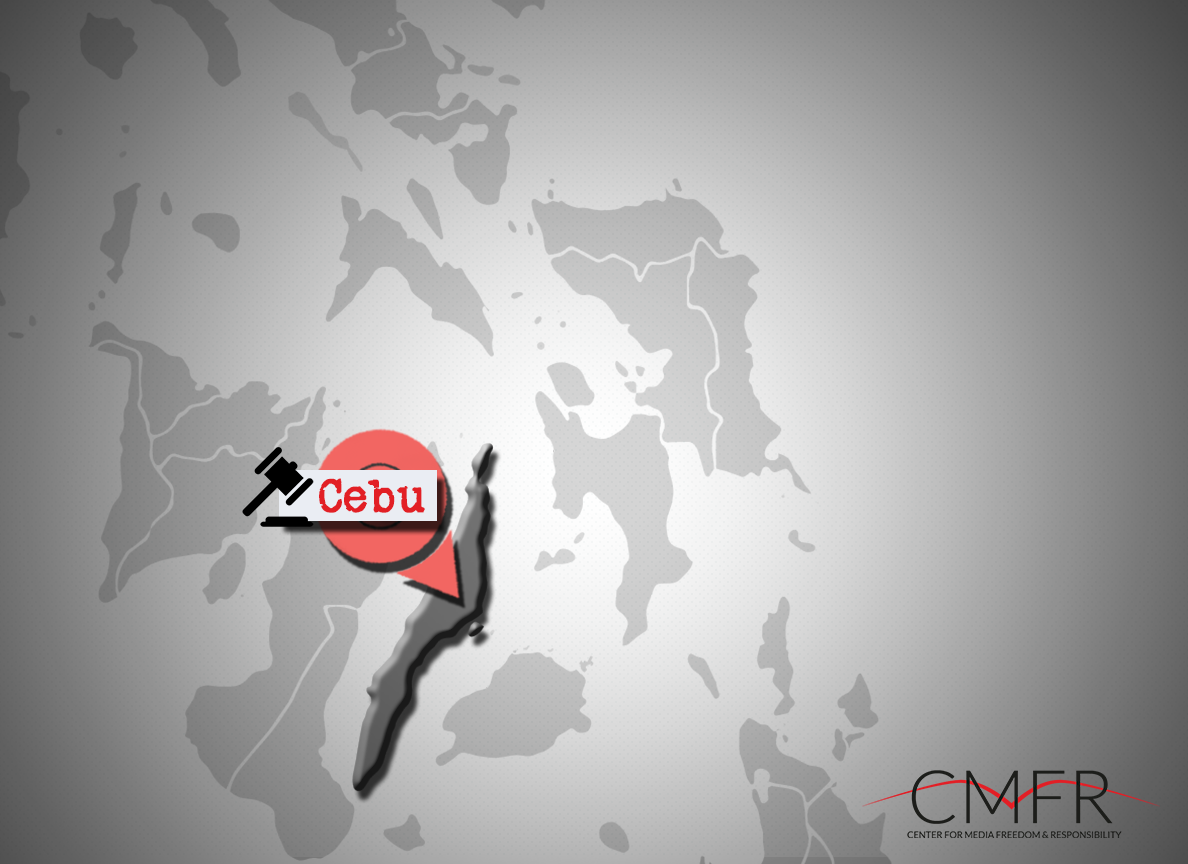 CMFR/PHILIPPINES – The Cebu City court convicted of homicide on 10 August 2016 a former mayor of the municipality of Lezo in Aklan accused of killing  broadcaster Herson Hinolan in 2004.

Branch 16 Judge Sylva Aguirre-Paderanga of the Regional Trial Court (RTC) of Cebu City sentenced Alfredo Arcenio to 14 years’ imprisonment. The court also ordered Arcenio to pay a total of Php 237,500 to Hinolan’s family. The murder charge against Arcenio was downgraded to homicide due to insufficient evidence to prove the two key elements of murder which are treachery and premeditation.

Hinolan was the station manager of dyIN Bombo Radyo in Kalibo. He also hosted the program “Bombohanay Bigtime” at the said station.

On 13 November 2004, Hinolan was in a local carnival when a masked man approached and fired at him. The broadcaster managed to run from his attacker, who followed and shot him again.

On 18 November 2004, a Peter Melgar came to the police and identified then Lezo mayor Arcenio as the gunman. A day after, murder charges were filed against Arcenio before the Provincial Prosecutor’s Office. But the prosecutor’s office downgraded on 3 March 2005 the charges to homicide. The Information for Homicide was filed on 31 March 2005.

On 18 March 2008, the Philippine Supreme Court granted a petition by the Freedom Fund for Filipino Journalists (FFFJ), a coalition of six media organizations formed in response to the killing of journalists, and the National Union of Journalists of the Philippines (NUJP) to transfer the venue of the Hinolan case, along with that of dyKR program director and commentator Rolando Ureta, who was also from Aklan, to Cebu. Both cases were raffled to the Cebu RTC Branch 16.

The court ordered the transfer of Arcenio to the Leyte Regional Prison in Abuyog town, Leyte where he will serve the remaining six years of his jail term. Arcenio had been imprisoned at the Cebu Provincial Detention and Rehabilitation Center (CPDRC) for eight years before the decision was promulgated.