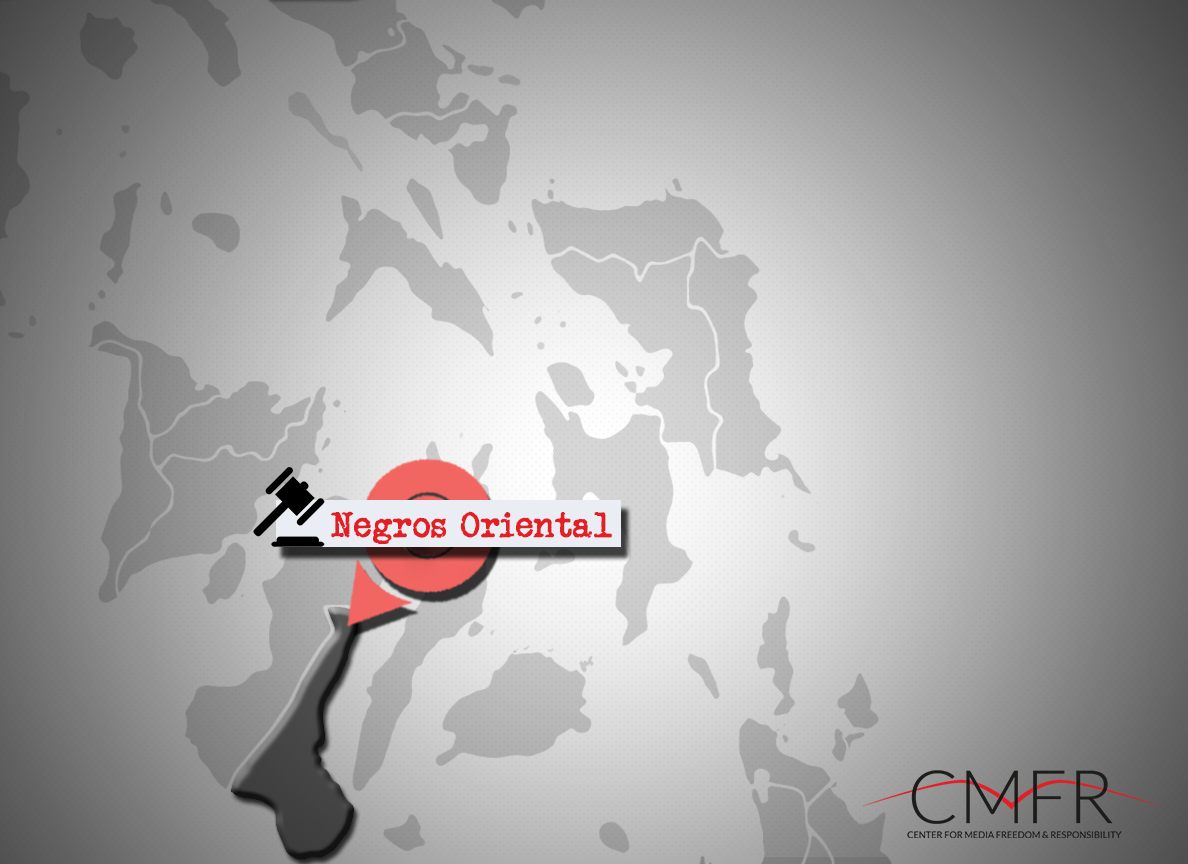 CMFR/PHILIPPINES – A local radio anchor was acquitted on charges of two counts of libel on 30 June 2017 in Dumaguete, the capital of the province of Negros Oriental, 639.56 kilometers south of Manila.

Negros Oriental Governor Roel Degamo filed libel charges against dyMD Energy FM anchor Cornelio Pepino, known as Rex Cornelio on his radio program on 20 May 2015. Branch 39 of the Dumaguete Regional Trial Court (RTC) tried the case, based on the governor’s complaint that Pepino made “malicious” comments against him in the latter’s radio program “Pukpukin Mo Baby (Whack It Baby)” on November 6 and 7, 2014. The complaint said that Pepino “implied” that Degamo was a “corrupt official” and pointed out the governor’s failure to address the issue of illegal mining in the province.

According to a Visayan Daily Star report, Presiding Judge Arlene Catherine Dato of RTC Branch 39 certified Pepino’s acquittal in a 14-page decision stating that the prosecution failed to prove any motive of the accused. The court did not find the radioman’s on-air remarks to be defamatory.

Libel remains a criminal offense in the Philippines despite attempts to change the penal code. In October 2011, the United Nations Human Rights Committee urged the Philippine government to review the libel law which dates back to the colonial period, describing the law as “excessive.” In the last two decades, CMFR and journalists’ groups have called for the decriminalization of libel.