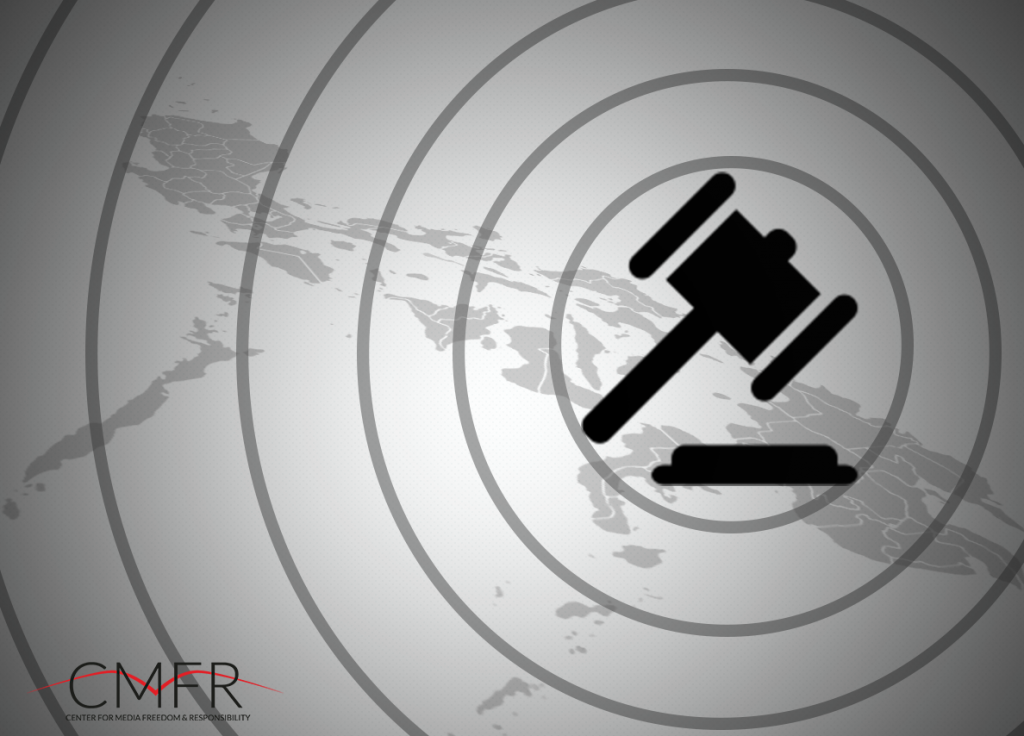 CMFR/PHILIPPINES — The Department of Justice (DOJ) has found probable cause to charge Rappler Holdings Corporation (RHC) with tax evasion over the sale of its Philippine Depositary Receipts (PDRs) to two foreign entities in 2015.  Along with the company, its president Maria Ressa and its independent accountant Noel Baldiang were also indicted.

In a statement released on November 9, DOJ USec. Mark Perete said that the National Prosecution Service (NPS) has ruled in favor of the Bureau of Internal Revenue (BIR) in its criminal complaint against RHC for “willful attempt to evade or defeat tax and willful failure to supply correct and accurate information” as provided for by the Philippine tax code. According to the BIR, RHC allegedly earned roughly PHP162.5-million from the transaction but failed to declare it in its tax return.

In a resolution dated October 2, Asst. State Prosecutor Zenmar J.L. Machacon-Caparros said that RHC “acted as a middleman” in buying Rappler, Inc.’s shares for the purpose of underwriting PDRs for resale to interested buyers. RHC’s accountant, Baladiang, was accused of violating the tax code for certifying RHC’s financial statements despite its alleged failure to disclose the purchase of Rappler, Inc.’s shares. Caparros said that as corporate president, Ressa should also be held accountable for RHC’s alleged infractions following the general provisions of the tax code.

Rappler’s lawyer, Atty. Francis Lim, argued that that the capital raised from issued PDRs are not yet booked as income. In the same statement Lim said the case “has no leg to stand on because it presumes — wrongly — that Rappler is a dealer in securities that profited from a sale.”

“This is clear intimidation and harassment. The government is wasting its energy and resources in an attempt to silence reporting that does not please the administration,” Ressa said in a statement.

This is not the first time that government agencies targeted the online media organization. In January 2018, the Securities and Exchange Commission (SEC) used the same PDR sale as the reason for revoking its SEC registration.

SEC claimed that the PDRs gave American investment firm Omidyar Network control over the company, violating the Anti-Dummy Law or the constitutional ban on foreign ownership. As a recourse, Omidyar waived its rights and donated the PDRs to fourteen Rappler managers. In the same month, NBI also subpoenaed Ressa and a former reporter for an online libel complaint. This was followed by Malacanañg’s ban of Rappler’s reporters which began in February 2018.

In the midst of another legal battle, foreign journalists including Washington Post executive editor Marty Baron and Huffington Post editor-in-chief Lydia Polgreen expressed their solidarity with Rappler and urged others to continue the fight for press freedom.