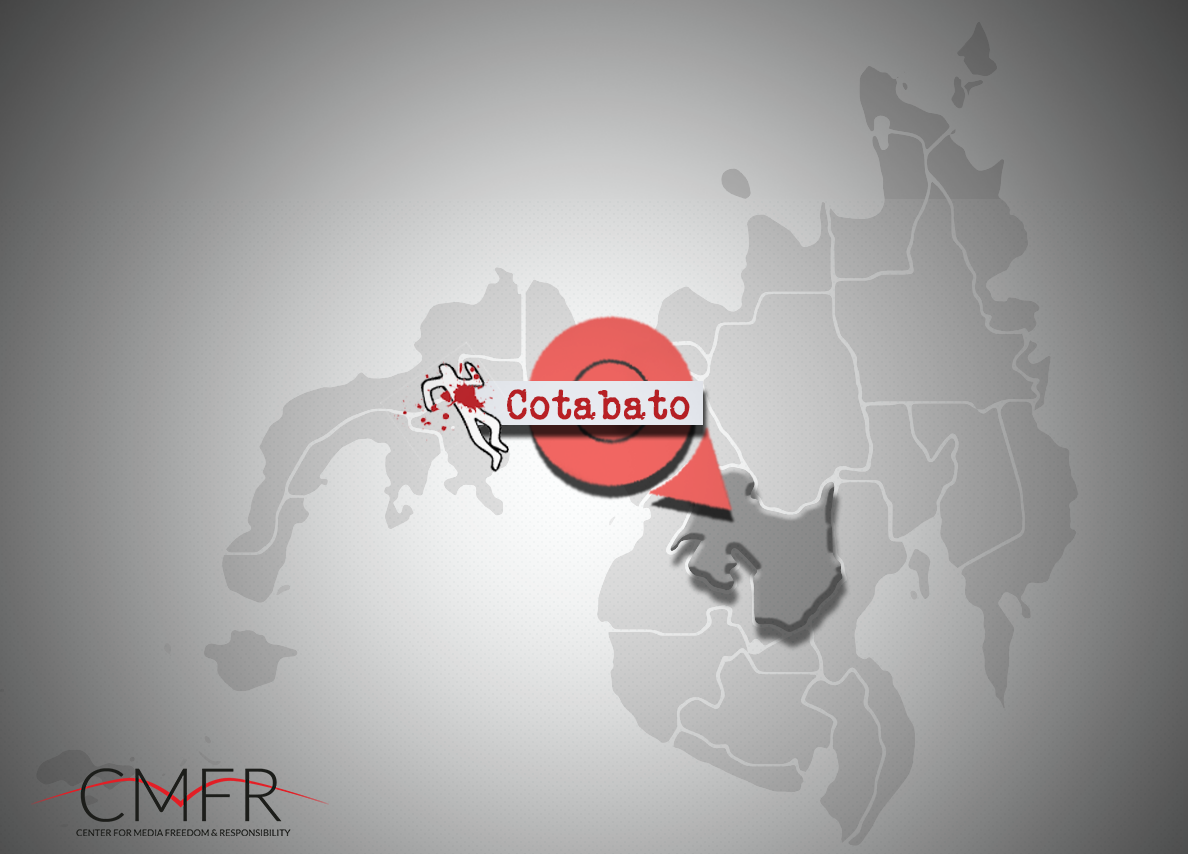 CMFR/PHILIPPINES – A radio blocktimer, who was also a close-in aide of Mayor Russel Abonado of M’lang, Cotabato, was fatally shot in this town by unidentified suspects on February 1. Cotabato is 1,225 kilometers south of Manila.

Marlon Muyco was riding a motorcycle on his way home with daughter Michelle when unidentified assailants fired at them at around 6 in the evening. He sustained five gunshot wounds and died instantly. Muyco’s daughter was hit by three bullets and was brought to a hospital.

Muyco was host of “Abyan sa Kalambuan sa Banwa Ssang M’lang,” a blocktime program that airs every Thursday over dxND Radyo Bida in Kidapawan. “Blocktiming” is a practice of buying airtime from radio or TV stations to produce programs, independently of networks and stations. The blocktimer sells the commercial time to sponsors or advertisers.

Police who responded to the shooting incident tracked the gunmen to the house of Ireneo Patubo, chairman of Brgy. Dolores in Antipas town.The suspects, identified as Boyet, brother of Ireneo, and Mark, son of the village chief, opened fire at the approaching policemen, killing one and a civilian informant in the process. Two more police were wounded in the firefight that ensued. Both suspects were arrested.

In CMFR’s phone interview with PO1 Ezra Noel Olegario, associate investigator of the case, he said that Muyco discussed local livelihood programs in his radio program. According to Olegario, Muyco had not received any kind of threat related to his work as a radio host or as a local government worker. M’lang police are looking at a personal feud for possible motive for Muyco’s murder.