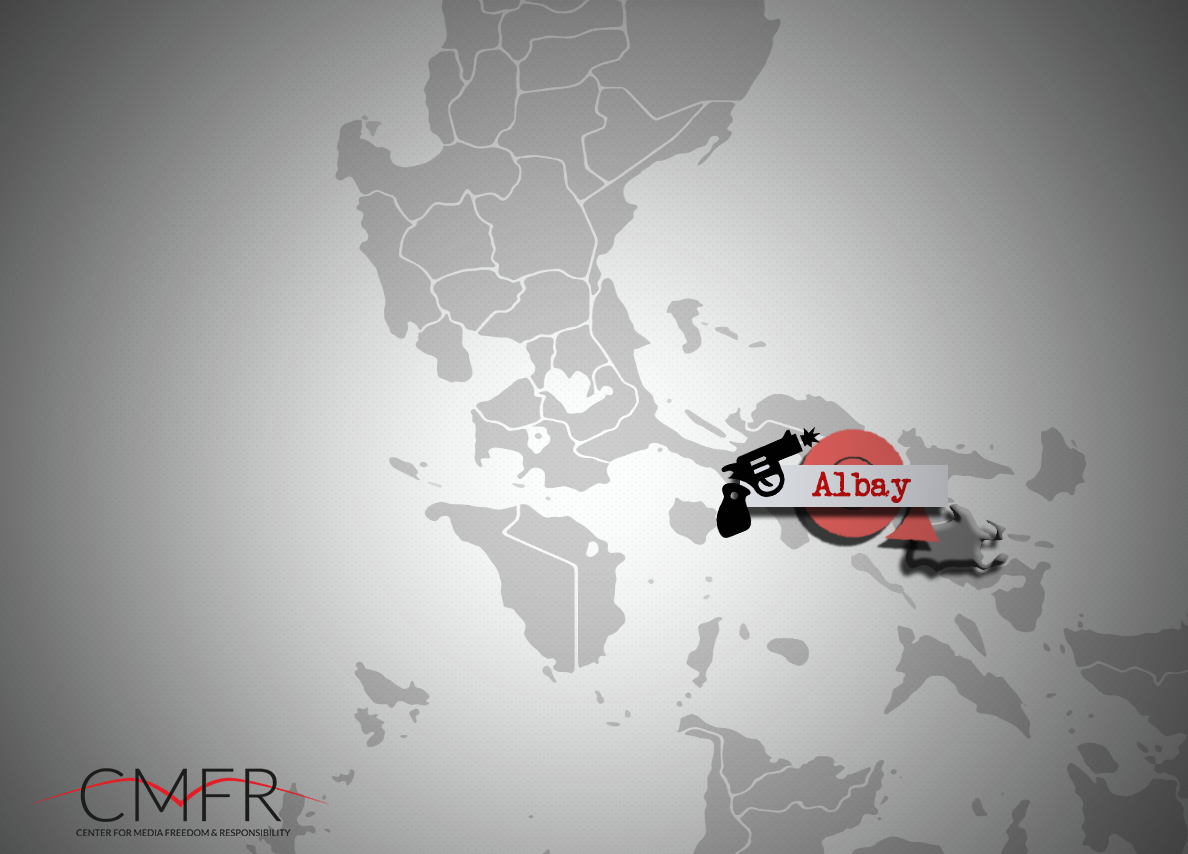 CMFR/PHILIPPINES – Unidentified gunmen shot and killed a radio blocktimer in Daraga town in Albay on July 20. Albay is 479 kilometers south of Manila.

DwZR 828 Zoom Radio blocktimer Joey Llana was driving to work when he was ambushed along Barangay Peñafrancia in Daraga at around 5:00 a.m. The broadcaster sustained several wounds in the head and body and was declared dead by medical responders at around 6:00 a.m.

Llana hosted his blocktime program “Metro Banat” which was aired over Zoom Radio from Monday to Friday, 5:30 to 7:00 a.m. in which he reports, discusses, and comments on current events in Albay. Blocktiming is a common practice in Philippine broadcast media.  A blocktimer buys “blocks” of airtime to produce programs independent of networks and stations.

According to the police, the family of the victim said he had been receiving death threats from an unknown person since last year but was not  taking them seriously.

The police initially considered the killing as drug-related when they found a sling bag in Llana’s car containing sachets of suspected shabu. But according to an Inquirer.net report, the police has dismissed the killing as drug-related after the crime lab results said the substance was not crystal meth. The police also said the urine sample taken from the blocktimer was negative for drugs.

A police task force has been created to investigate the killing.

Joey Llana is the sixth journalist killed this year, and the 14th since 2016 when Rodrigo Duterte’s became President.