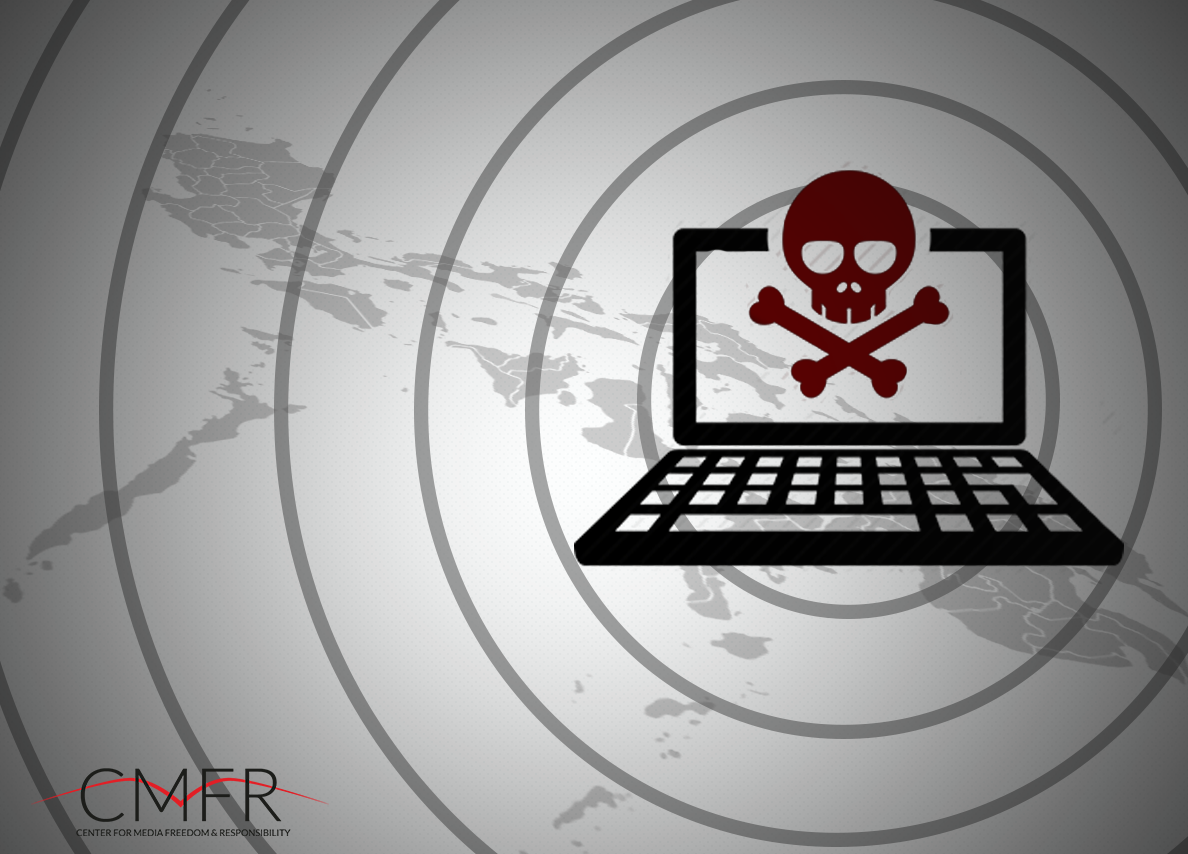 CMFR/PHILIPPINES — A Mindanao-based reporter for the Philippine Daily Inquirer was labeled a terrorist by a Facebook page after she reported the killing by a unit of the Philippine Army of seven men it claimed were members of the Abu Sayyaf Group.

In  “7 young Tausug men killed by military not Abu Sayyaf bandits – relative” which was published on Inquirer.net on 15 September 2018, journalist Julie Alipala quoted Mahmur Arula, a cousin of the casualties, who said when interviewed that on 14 September 2018, the seven men had asked the 55th Infantry Battalion in Patikul, Sulu for permission to harvest fruits from their farmland.  Their bullet-riddled bodies were recovered at the Joint Task Force Sulu headquarters in Jolo, Sulu the following day.

Arula denied the military’s claim that his relatives were members of the Abu Sayyaf Group, a kidnap for ransom organization operating in the southern part of the Philippines. The Moro mass organization Suara Bangsamoro also condemned the killings.

Alipala included in her report the Western Mindanao Command’s press statement that there was a “legitimate encounter” between the military and the Abu Sayyaf on September 14.

Most comments on the post accused Alipala of being a terrorist and a paid journalist. Some even wished that she be raped by the Abu Sayyaf.

The National Union of Journalists of the Philippines (NUJP) condemned the “malicious and potentially dangerous” Facebook post. NUJP Cagayan de Oro chapter said, “While the military has insisted that the young men were killed in a ‘legitimate encounter,’ journalists worth their salt are duty-bound to present all sides of an incident. We are independent of the government’s propaganda machine.”

Suara Bangsamoro called the attack against Alipala “an assault on truth.” In a statement, the organization said, “We have known Julie for a long time and we have witnessed her fearlessness in reporting and integrity as a journalist. Julie is among the few journalists whose writings helped bring to light the Moro people’s oppression.”

CMFR previously documented online attacks against journalists on Facebook, which ranged from hateful comments and threats to the actual taking down of journalists’ posts or accounts by Facebook itself.  The terrorist tag on Alipala is particularly threatening because Mindanao is still under martial law, which the government says is needed to combat terrorism.