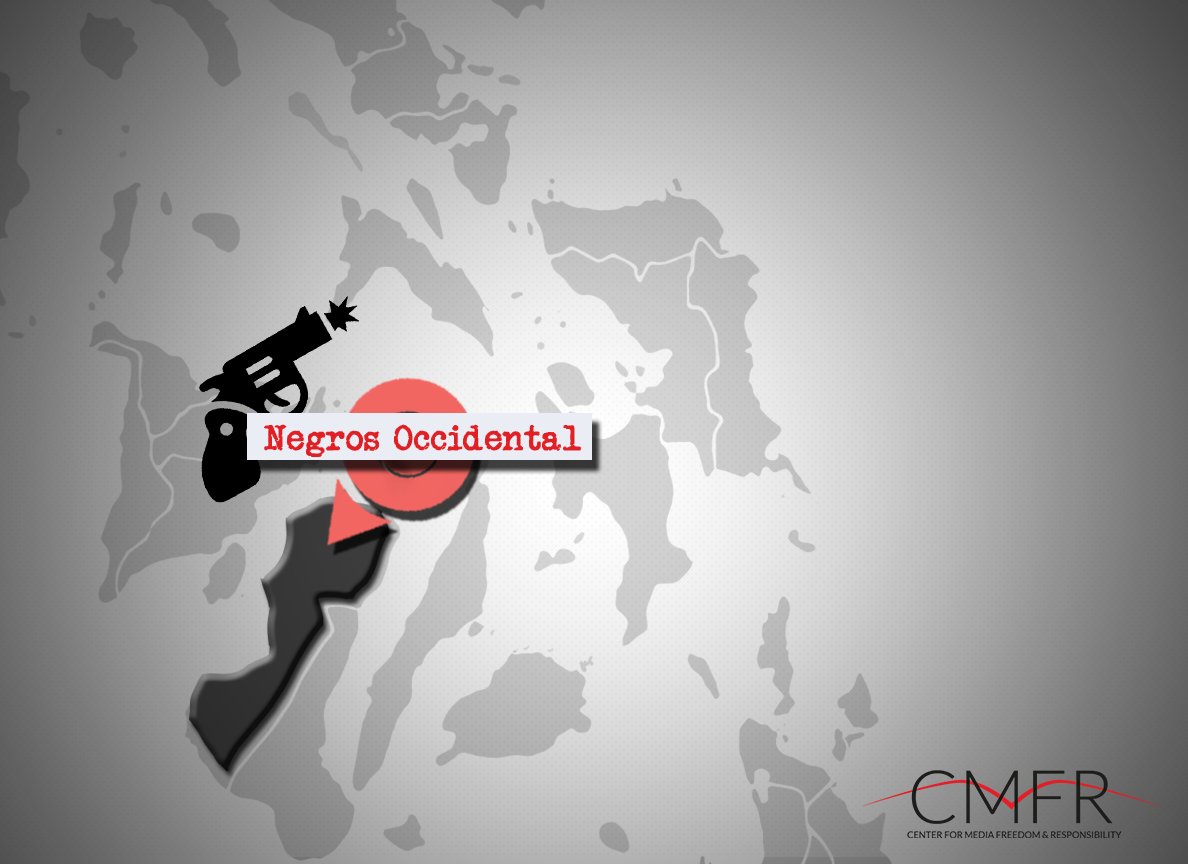 Local radio broadcaster Rey Siason of Muews Radio was not home when the shooting happened past 10:45 p.m.  But Siason’s daughter, mother-in-law, two sisters-in law, his nephew and niece were in the house when the incident occurred. No one was reported hurt. Siason said he believes he was the target of the attack.

Recovered from the scene of the incident were four deformed .45 caliber slugs and an empty cartridge shell.

Siason, who was formerly the Negros Press Club (NPC) president, recalled that two men on a motorcycle were tailing the vehicle of his colleague Bambi Yngson when the former dropped him off at his house the night before the incident. He believed all these attacks were work-ralted.

In a statement, NPC president Renato “Boy” Duran condemned the attack, calling it “despicable” and “an assault against press freedom.”