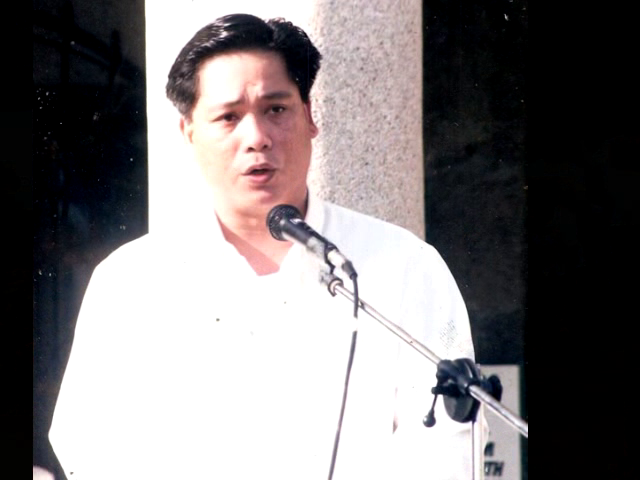 CMFR/PHILIPPINES – Former Coron City, Palawan, Mayor Marjo Reyes, one of the accused in the 2011 killing of broadcaster and environmentalist Gerardo “Gerry” Ortega, has been granted bail. Four days later, his brother and co-accused, former Palawan governor Joel Reyes, took the stand to justify his own petition for bail at the Puerto Princesa City court.

Palawan is 789 kilometers south of Manila.

Joel Reyes underwent direct examination for his bail petition on Tuesday, May 10, during which he denied allegations that he planned the killing of Ortega on 24 January 2011. It was the first time that Joel took the stand since he and his brother Marjo were deported from Thailand and surrendered to the Palawan police in 2015.

The prosecution team was not able to cross-examine the former governor due to lack of time. The hearing will resume on June 6 and 13.

Michaella Ortega, daughter of the slain broadcaster, told CMFR in a text message that the brothers filed the bail petitions to allow them to campaign for the May 9 elections. Joel and Marjo ran for mayor and vice mayor of Coron in Northern Palawan, respectively.  The brothers lost to Jerry Barracoso for mayor and Joseph Armstrong Palanca for vice mayor.

Michaella also expressed the Ortega family’s disappointment with the court ruling. She said their lawyers are carefully reviewing the court decision.

Ortega was in a store in Palawan when he was gunned down. The broadcaster was a known critic of the local government and of mining companies in Palawan. An environmental activist, Ortega was critical of the allegedly unrestrained mining activities in the province, saying that these were destroying the environment. He supported a petition filed before the Supreme Court in behalf of Palawenos to invalidate a revenue sharing agreement on the Malampaya natural gas project in Palawan between the local and national governments.

There have been 151 journalists and media workers killed in the line of duty in the Philippines since 1986. Only 15 out of these cases have been partly resolved with the conviction of the gunmen. No mastermind has so far been successfully prosecuted, except in the 2009 Ampatuan Massacre trial, in which some of the accused are said to be among the masterminds.