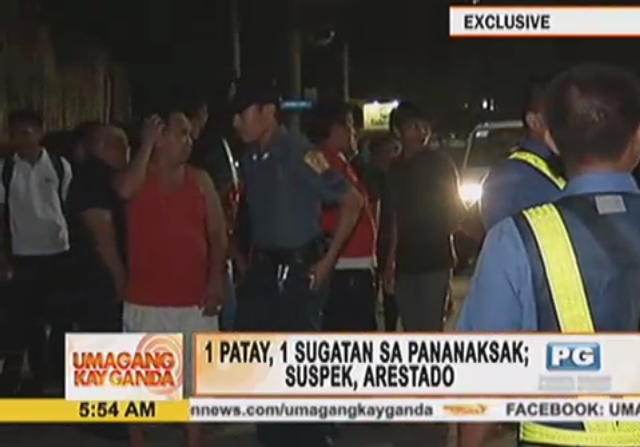 The story “Lalaki, patay sa pananaksak sa Quezon City” aired during the Sept. 7 episode of the morning program used a video clip of an actual crime being committed. According to the reporter, the video showed two men engaged in a fist fight, but before he realized it, one of them was actually stabbing the other repeatedly.

The program aired the crime scene, with the reporter saying that the victim “slowly fell” and “died on the spot.”

The report was taken down by ABS-CBN Online after a certain Raven Hagorn, who claimed to be the cousin of the victim, posted the video on his Facebook account and complained about the media organization’s doing nothing to help. Hagorn later took down his Facebook post.