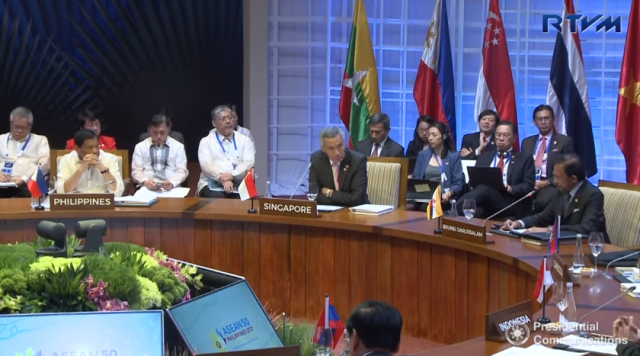 THE 2017 Association of Southeast Asian Nations (ASEAN) Leaders’ Summit is not the first regional meeting the Philippines has hosted—but it is by far shown to be most expensive.

The Philippine government allotted P15.5 billion for the semiannual summit, as well as other activities related to ASEAN’s 50th anniversary. Given the fact that a large sum of taxpayers’ money is involved, the budget and actual expenses should be a subject of significant media interest.

But only The Philippine Star looked into the budget allocated for the summit. Star noted that this amount is bigger than the P10 billion budget the previous administration set for hosting of the Asia-Pacific Economic Cooperation (APEC) summit in 2015—pointing out that APEC has 21 member countries, while ASEAN only has 10 (“Gov’t spending P15.5 B for Asean summit”).

Of the P15.5 billion ASEAN summit budget, President Rodrigo Duterte’s office gets the lion’s share of P11 billion. Part of the allocation for the Office of the President is a P7.6 billion budget for representation and entertainment expenses. Then President Benigno Aquino III, in contrast, only had P118.2 million for the same purpose in 2015.

The report also noted the hefty allocation of the summit budget for the Presidential Communication and Operations Office (PCOO) which had P1.5 billion to spend for its activities related to the ASEAN summit. This amount is P300 million more than the P1.2 billion annual budget to support the same office for whole year of 2017.

Department of Budget and Management (DBM) Secretary Benjamin Diokno defended the ASEAN summit budget, saying that at the time they were deliberating the budget, implementing agencies did not yet know exactly what activities they would undertake and how much they would need. Diokno added that the P15.5 billion budget had already been trimmed down from the initial P19 billion which the Office of the President requested for the summit.

In 2015, Diokno was quoted in a CNN Philippines report criticizing the P10 billion budget for the 2015 APEC summit. “Our job is hosting the annual meeting, make the leaders as comfortable as possible and make them secure. That’s all. We don’t have to spend billions of dollars for APEC,” Diokno said (“The 2015 APEC Summit in review”).

Diokno seems lucky that the media has not looked at all into the amounts that have been approved for the ASEAN meet.