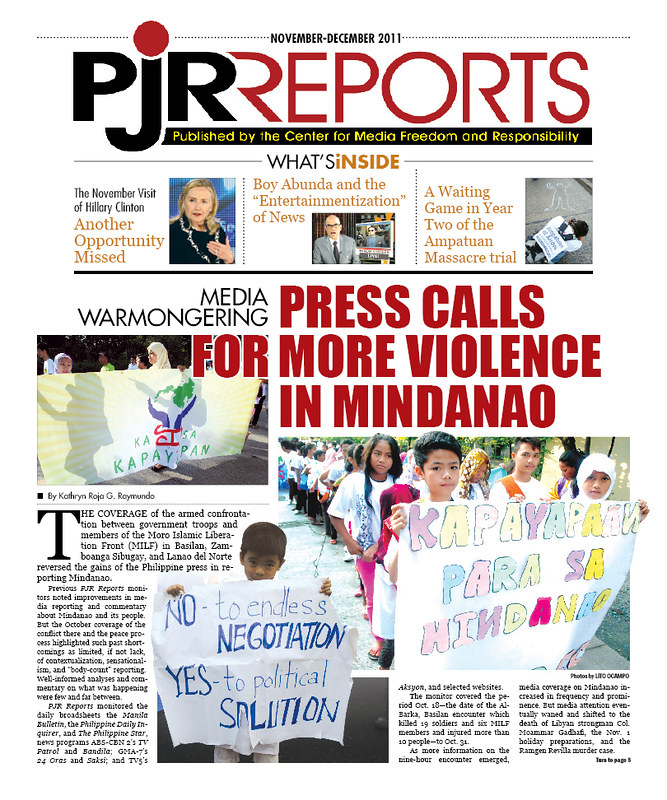 The best and the worst

SOME Filipino journalists can rank among the best in the world. Since the end of the martial law period the best investigative reports have not only looked into those issues that were a legacy of the culture of secrecy and those that had arisen in the difficult years that followed the EDSA uprising; they also did so in observance of the universally-accepted standards of research, data verification, multi-sourcing, and craftsmanship.  A number of analyses, editorials and other opinion pieces have also been crucial to public understanding of those issues.

But some could also be ranked among the worst in the planet. Their investigative and interviewing capacities, including their ability to ask questions—skills required of every journalist—are minimal and even non-existent. Worst of all, their understanding and even basic awareness of the ethics and professional standards of journalism are similarly challenged.

The reasons for this unevenness have long been known. They range from the great differences in the training and background of journalists, compounded by the absence of standardized professional qualifications in the hiring of journalists, to the near absolute freedom of anyone to publish a newspaper and to hire anyone they want without, in many cases, the slightest consideration as to their background and training.

The consequence of the uneven state of journalists’ development is a journalism that is itself uneven in quality and ethical compliance. For the public, it has often meant being provided information that’s biased, incomplete and worst of all, inaccurate.

Some have seized upon the worst practices of Philippine journalism to justify the external regulation of the press. They suggest the imposition by government regulatory agencies, perhaps by the Professional Regulatory Commission, of standard educational requirements; of some form of examination similar to those required of such professionals as accountants, nurses, doctors, and lawyers; and licensing in the manner of such countries as Malaysia and Singapore. Short of these measures, a Right of Reply law, an accreditation system by a government agency, and the banning of reporters from the sites of conflicts and emergencies have been proposed.

Besides being unconstitutional, none of these can guarantee that skills levels will rise and ethical journalism will be the rule rather than the exception. What the Constitution does allow, and what is likely to work, although admittedly only in the long run, is still self-regulation, which, to address the uneven development of Filipino journalists, can take the form of centralizing the continuing education of journalists that for years has been offered in various forms by media advocacy groups, journalists’ organizations, and even academic institutions.

A center for the purpose of updating journalists’ skills, and acquainting those without training with the ethical demands and standards of the profession, could be patterned after the University of the Philippines Law Center, which undertakes both legal research as well as continuing lawyer education. Such a center could be established in one of the country’s state universities, and could help make the difference between a journalism characterized by vast differences in the quality of both its practitioners and its products, and a journalism whose outputs will be, on the average, capable of providing information that’s at the very least accurate and reliable.

Boy Abunda and the “Entertainmentization” of News
by John Reiner M. Antiquerra

The November Visit of Hillary Clinton
Another Opportunity Missed
by Bryant L. Macale

A Waiting Game in Year Two of the Ampatuan Massacre Trial
by Melanie Y. Pinlac