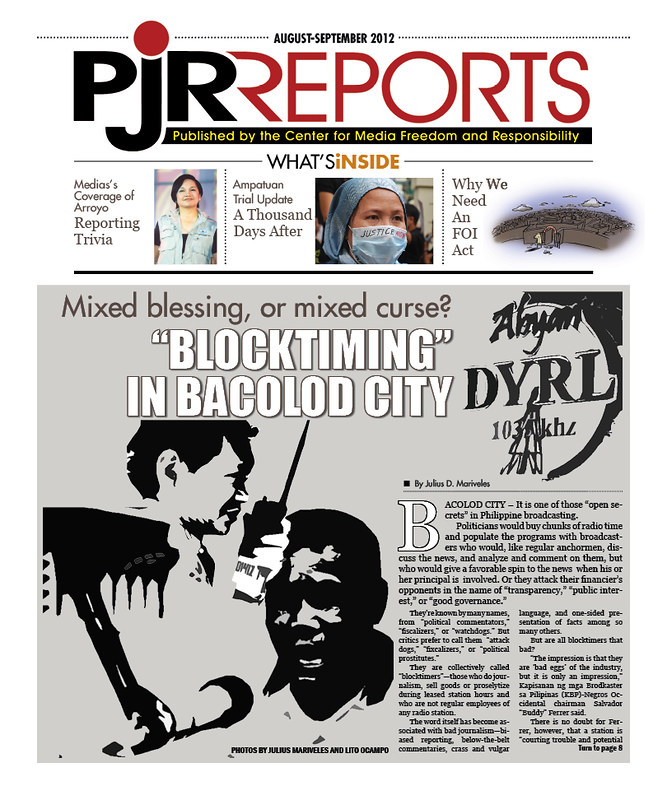 THE PEOPLE were its first victims, but the media were at least among the first casualties of Ferdinand Marcos’ declaration of martial law in 1972. Marcos signed the declaration on September 21, and implemented it on the 23rd. But even before the stroke of midnight on the 22nd, his troops had already surrounded newspaper, radio and TV offices and studios to shut them down. At the same time various military units fanned out to arrest individual journalists from print and broadcast media. There was no Internet at the time, but if there had been blog and news sites then, no doubt he would have suppressed them too.

In later statements, Marcos and his spokesperson, Francisco Tatad, justified the assault by alleging that the media were part of the “Leftist-Rightist” conspiracy to overthrow the government.  In addition, Marcos and company also claimed that it was necessary to control the media to curb their abuses, describing them as licentious rather than free.

The real reason, however, was far more relevant to Marcos’ intentions, which was the transformation of Philippine democracy, as limited as it already was, into an autocracy. To do this he needed to control the kind of information available to the citizenry, information being vital to the understanding of public issues, the formation of public opinion, and eventually, the kind of citizen action that’s the substance of democratic existence.

The same logic was in operation in the other dictatorships so common in the rest of the planet during that time. Whether in Indonesia—at the time under military rule after the 1965 generals’ coup—or Chile—where, in 1973, a coup against a democratically-elected president also installed a military dictatorship—the media were among the first victims of suppression.

Lack of information is among the most reliable assets of dictatorship, and press freedom the primary asset of democratic rule. Control over the media in terms of deciding what they should and should not report and how they should be reported dumbs down the population and makes it unable to either establish democracy or to discharge the duties of a free people.

As valid as criticism of the press and media often are,  they do not justify that freedom’s abridgment. In September this year, which marks the 40th year since Marcos placed the country under martial rule, not only journalists and media people need to rededicate themselves to that fundamental principle; every citizen should as well,  if they are not themselves to be once again the  victims  of authoritarian rule.

Commentary
What is at Stake?
by Melinda Quintos de Jesus

Why We Need an FOI Act
by Karol Ilagan