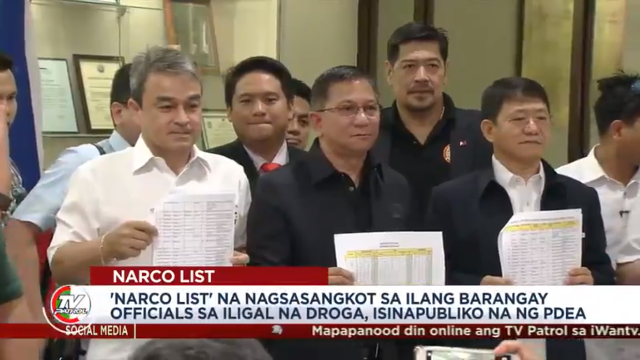 JEERS TO several media organizations for making public the names of barangay officials allegedly involved in the illegal drug trade as presented by the Philippine Drug Enforcement Agency (PDEA) on Monday, April 30. Such public exposure makes them vulnerable to all kinds of pressure, and worse, actual attacks.

Meanwhile, The Philippine Star and News5 posted images of the list on their Facebook pages. The image is also available in a news report on the website news.TV5.com.

During the press briefing, PDEA said that the list was validated by law enforcement agencies on the ground. It had 207 names, 90 of which are barangay captains while 117 are kagawads or councilors. PDEA said it will be filing cases against the officials.

CMFR has repeatedly called out the practice of media to follow the lead of law enforcement agencies which identify suspects even before a case is filed. Presumption of innocence is fundamental and should be strictly observed. And media should be aware that publicity can sometimes cause needless harm.