DNA Test: A Hoax, a Non-Story 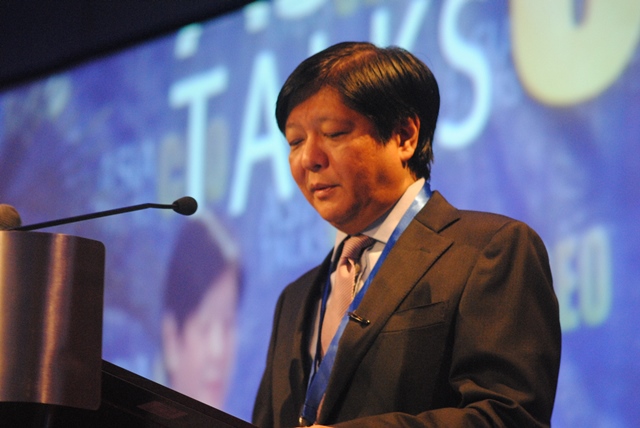 JEERS TO the Manila Bulletin for a headline that misled the reader into thinking that the article was about an authentic document but, as the report itself said, was actually fake.

In the lead of its report “’DNA test’ on Bongbong shows he’s related to Poe” published last January 26, the Bulletin said that “A DNA test purportedly conducted on Sen. Ferdinand “Bongbong” Marcos Jr. indicated that he is related to presidential aspirant Sen. Grace Poe.”

The report’s second paragraph said that Senate reporters had received a copy of a purported DNA test on Marcos from DNA Solutions Philippines on the eve of the resumption of the Supreme Court hearings on Poe’s disqualification case.

The Bulletin report said the document reporters received, which were November 12, 2015,  was labeled “Personal Test Certificate,” with “Mr. Ferdinand R. Marcos, Jr.” as the test subject. Attached was a note that said “This is Sen. Bongbong Marcos’ DNA result. Compare this with that of Sen. Grace Poe and you will see that they are related.”

Only in the ninth paragraph did the same report mention that the DNA test was fraudulent, as attested to by Jaime Lazatin, chief executive officer of DNA Solutions Philippines. Lazatin said that judging from the wording of the document, it did not come from his office. He also said DNA Solutions does not have in its staff a certain Julie Ludovico, whose signature appeared in the test results. The sender of the report is still unidentified.

Poe had said Marcos should first verify the authenticity of the document. Marcos had denied undergoing any DNA test.

The Bulletin did not identify the source of the report. As this was clearly a hoax, it did not deserve to be reported at all.