Why fact check—and why Rappler and VERA Files 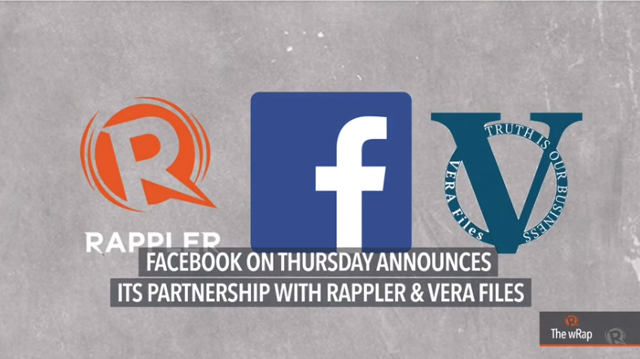 THE DESIGNATION by the social media giant Facebook of Rappler and VERA Files as fact- checkers of its news feeds was in recognition of the well-established truth that false information, or as it is popularly known today, “fake news”—an oxymoron because the primary characteristic of news is accuracy—is especially damaging to rational discourse over issues of public concern, and therefore to democracy itself. It was also in acknowledgement of the reality that much of what passes for “news,” but is actually false, has proliferated through social media.

The Philippines has been identified as one of those countries that are particularly vulnerable to the spread of false information through social media.  This has led to the debasement of debate over the issues that confront the Philippines and its people. Accurate information is crucial to the making of informed opinion and to the decision-making responsibility of a sovereign citizenry. False information makes that democratic duty problematic and dangerous. As Clair Deevy, Facebook Director for Community Affairs in Asia Pacific said, in designating Rappler and VERA Files as third party fact-checkers in the Philippines, her organization wants “to help Filipinos be more discerning of news they read online, and make them aware of the real life consequences of spreading falsehoods.”

By “partisan” he of course meant “critical.” However, the fact-checking responsibilities of the two media organizations, as these have been specified by the International Fact-Checking Network of Poynter Institute, is to simply check the veracity of the information uploaded, not to take any position on any issue. Poynter Institute is one of the oldest and most credible monitors and advocates in the world of media compliance with ethical and professional standards, of which the primary principles are truthfulness and accuracy. The other journalistic responsibility of being critical, and of taking a position on a public issue, Rappler and VERA Files will presumably continue to discharge only through their respective news sites and social media pages.

It is important to understand that fact-checking means exactly that: determining the accuracy of information that claim to be news, and that Rappler and VERA Files will not be blocking or taking down information it has identified as false, but will be responsible for flagging the fake news and informing both the originators of the falsehood as well as social media users of it through related articles.

Both Rappler and VERA Files were certified by Poynter’s International Fact-Checking Network in 2017 after undergoing a process in which a journalism expert from a pool of independent assessors evaluated their respect for, and adherence with, five “commitments”: to non-partisanship and fairness; to transparency of sources; to transparency of funding and organization; to transparency of methodology; and to open and honest corrections.

Given the two media organizations’ passing the above standards, it would seem that the uninformed claims that they would be biased against information about the Duterte regime and its officials even if it is accurate are premature at best. And anyone who believes that any of these principles have been violated by either Rappler or VERA Files or both can of course complain to the International Fact-Checking Network and to Poynter. It is their right as well as responsibility in this uncertain democracy.