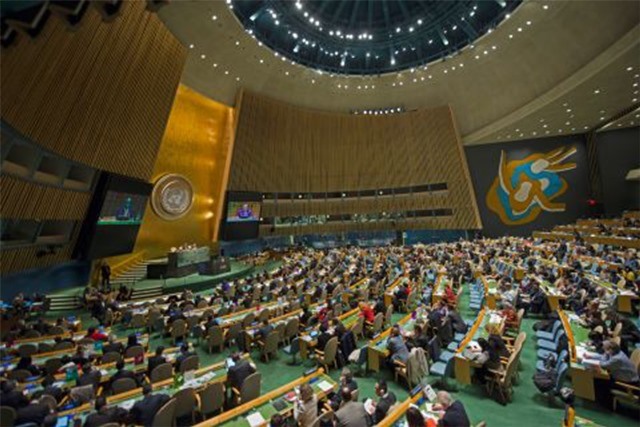 OVER 6,000 people have fallen since President Duterte’s election. Even before the president was sworn to office, the media began reporting killings of drug suspects or pushers as early as June.  In July, local and international communities expressed their criticism of the continued violation of human rights and due process under the new administration.

Agnes Callamard, the United Nations (UN) Special Rapporteur on Extrajudicial, Summary or Arbitrary Executions and UN Special Rapporteur on the Right to Health Dainius Pūras have voiced their concerns. Duterte lashed at Callamard and Pūras for criticizing the government’s war on drugs in August 2016, calling their statements “stupid.”

But the administration began to play a different tune when the president spoke to welcome the chance to prove he was right, saying he would debate with anyone about his effort to prevent the Philippines from becoming a narco-state. Let them come, he said, and I will show them – holding out his hand as though he were playing with putty.

In November 2016, Callamard welcomed the Philippine government’s invitation to investigate the alleged cases of extrajudicial killings of drug suspects. Callamard would be joined by Pūras on her visit.

Things turned south the following month as the visit scheduled for the first quarter of 2017 was reportedly cancelled. Again the typical confusion ensued as Foreign Affairs Secretary Perfecto Yasay and Assistant Secretary Charles Jose both denied the cancellation. And yet, reports quoted Yasay as saying the investigation would not push through if the UN Special Rapporteurs failed to comply with the conditions of the president.

These conditions included a public debate between Callamard and Duterte.  The president also wanted time to ask Callamard questions and required her to take an oath to confirm the truthfulness of her intentions.

Yasay then demanded that Callamard apologize for the “arbitrary findings” she made which “unfairly damaged the country.”

The press reported Callamard’s response who argued that the conditions set by the Duterte government are inconsistent with UN protocols. However, reports failed to emphasize the significance of such guidelines in the work of UN Special Rapporteurs.

UN Special Rapporteurs are “independent human rights experts with mandates to report and advise on human rights from a thematic or country-specific perspective” and are appointed by the Geneva-based Human Rights Council (HRC) with a tenure of a maximum of six years. However, they are not United Nations staff members and therefore do not receive financial compensation. Special Rapporteurs annually report to the HRC, as well as to the General Assembly.

Callamard and Pūras aren’t the first rapporteurs to visit the Philippines. Philip Alston, who was then the Special Rapporteur on Extrajudicial, Summary or Arbitrary Executions, visited the country in 2007 to investigate the cases of extrajudicial killings during then President Gloria Macapagal-Arroyo’s term. Alston is currently the Special Rapporteur for Extreme Poverty and Human Rights.

Chaloka Beyani, UN Special Rapporteur on the Human Rights of Internally Displaced Persons, also visited in 2015 to look into the situation of internally displaced persons (IDPs) caused by natural disasters and conflict in the different regions of the country during then President Benigno Aquino III’s term.

Both were able to fulfill their mandate. Neither was shown any antagonism by the administrations hosting their investigation: Arroyo for Alston and Aquino for Beyani.

Yasay made the conditions of President Duterte seem reasonable.  But government officials should realize that the mechanisms and protocols for the work of UN Special Rapporteurs and for most UN matters must be upheld and cannot be changed on request.

In her response to the supposed cancellation of their visit, Callamard cited two protocols: the Code of Conduct which defines the standards of ethical behavior and professional conduct that the mandate-holders of the UN Human Rights Council must observe; and the Terms of Reference which serves as a guide for governments in the conduct of country visits. Both protocols provide guidelines that must be upheld by UN Special Rapporteurs like Callamard and Pūras in performing their duties.

In fact, Article 3(f) of the Code of Conduct alone should have been a sufficient explanation of Callamard’s refusal to comply with the Duterte government’s demands.

The provision states that UN experts can “neither seek nor accept instructions from any Government, individual, governmental or non-governmental organization or pressure group…”  The prohibition assures the rapporteurs independence and credibility.

Complying with the three demands set by Duterte would not only violate UN protocols but also undermine the special rapporteur’s mandate. Given this, Callamard’s decision to ask for reconsideration was fair as it was reasonable.

Unfortunately, the coverage failed to emphasize enough the merits of Callamard’s explanation of her position; perhaps because reporters themselves were uninformed about UN protocols. The reports carried the administration’s spin that the UN Special Rapporteurs are just fearful of Duterte’s demands and afraid that they would be shown up by the president.

Our DFA officials should have known better. Their position was untenable and revealed the government’s concern about being checked by assessment of a UN Rapporteur.

In the same manner, the media should have known better.