Excellence and Best Practices in Journalism 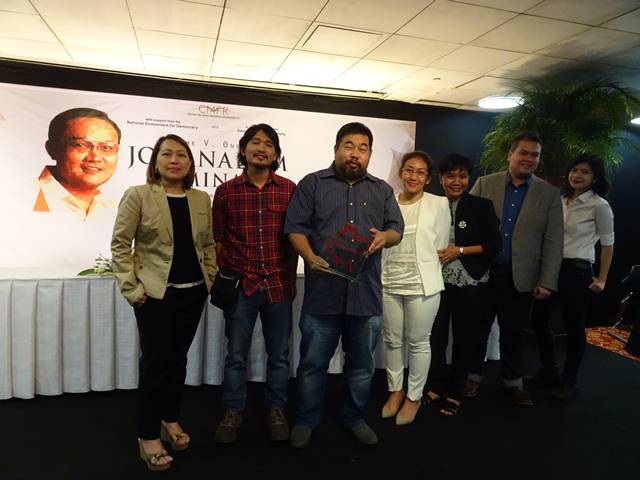 THE CENTER for Media Freedom & Responsibility (CMFR) gave Raffy Lerma, formerly of Philippine Daily Inquirer, the Award of Distinction and Canada’s Ambassador to the Philippines John Holmes presented the plaque for the 2017 Marshall McLuhan Fellow to Manny Mogato of Reuters in a presentation ceremony held today at the AIM Conference Center, Makati.

The presentation took place as part of this year’s Jaime V. Ongpin Journalism Seminar (JVOJS) which featured a panel of seven journalists on the basis of the quality of their reports in newspapers, TV and online.

The Embassy of Canada has sponsored the fellowship named after Canadian communication theoretician Marshall McLuhan for 21 years. It consists of a two-week familiarization and lecture tour of Canadian media and academic organizations, and later, a lecture tour of Philippine universities under Embassy auspices and support of SunLife Financial Inc.,

The panelists of this year’s JVOJS were:

These journalists join the roster of Jaime V. Ongpin Journalism Fellows, a community of journalists and media practitioners, who are invited to participate in CMFR’s events and programs as well as those organized by the Southeast Asian Press Alliance, a regional network of which CMFR is a founding member.

CMFR’s programs include the promotion of media responsibility and the protection of press freedom in the context of Philippine democratic development.