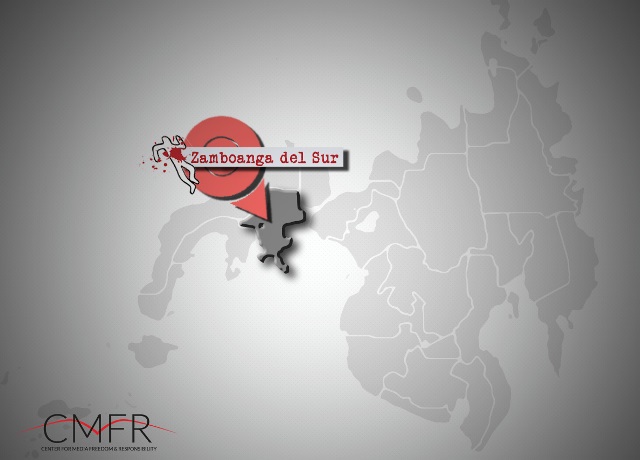 Broadcaster Elvis Ordaniza of the Pagadian City-based dxWO Power 99 FM was preparing dinner at about 7 in the evening when the lone gunman barged into his house and shot him. The suspect then fled the crime scene.

Ordaniza sustained two gunshot wounds on his chest and was rushed to the nearest hospital, but was declared dead on arrival.

Ordaniza was a reporter for a blocktime program hosted by Pedong Tolentino. It is aired from Monday to Saturday, 11:00 am to 12:00 noon. In Philippine broadcast practice, a blocktimer is an individual who purchases “blocks” of TV or radio time for sponsorship.

Among the journalists killed in the Philippines since 2002 are 41 blocktimers and “volunteer” practitioners who are not paid by the TV or radio station where they have programs.

Tolentino told CMFR that Ordaniza was a good and brave reporter. He had recently reported and commented on illegal drugs and illegal gambling in Pitogo town before he was killed.

Local reports said that Ordaniza was a former member of the New People’s Army. A local reporter also told CMFR that the reporter was also an employee of Pitog City Mayor Richard Garban.

The police are yet to determine the motive for the killing. According to Police Inspector Orlyn Pardillo Leyte, a special task force was already created to investigate Ordaniza’s killing.