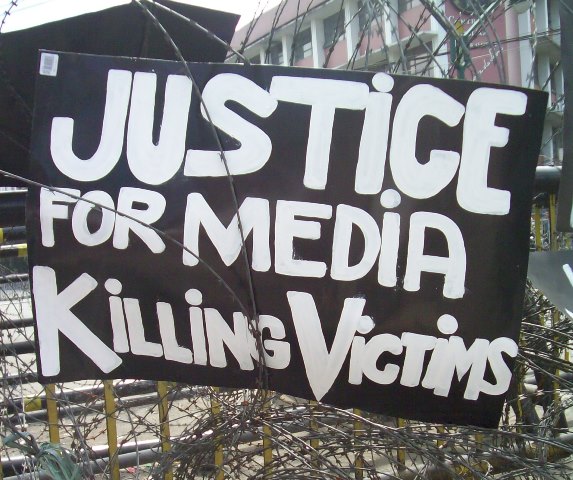 CMFR/PHILIPPINES — A local radio broadcaster in Dumaguete City died a day after an unidentified gunman shot him on April 30. The first case of journalist killing in 2018 happened few days before the May 3 World Press Freedom Day. Dumaguete City is 934 kilometers south of Manila.

DyGB FM Power 91 anchor Edmund Sestoso was getting off a motorcycle for hire along barangay Daro at around 10 a.m. when the gunman approached and shot him several times. The unidentified suspect fled to west of Daro with his companion aboard a black motorcycle.

Sestoso was on his way home from his daily commentary program “Tug-anan sa Power 91” when the incident happened. Sestoso comments and reports on different local issues in the province in his program.

The victim suffered gunshot wounds in his chest, arms and legs. He was rushed to the nearest hospital for surgery. He died at around 2:30 p.m. on 1 May 2018.

Dumaguete Police Superintendent Jonathan Pineda told CMFR that they recovered three .45 caliber shells from the crime scene. The police are now checking if the incident was captured by any of the CCTV cameras around the area.

The police suspect the attack was work-related.

CMFR tried to connect with Sestoso’s colleagues from dyGB but the radio station refused to give information or comment on the attack for privacy and safety issues.

A statement from Dumaguete Press Club through its president Choy Gallarde posted on Facebook said, “This is an affront to press freedom that everybody, not just members of the fourth estate should be worry (sic) about because of its implications…If this has happened to Edmund, it can happen to anybody.”

If proven work-related, this will be the 157th case of a journalist killed in the line of duty since 1986, fifth under Duterte.