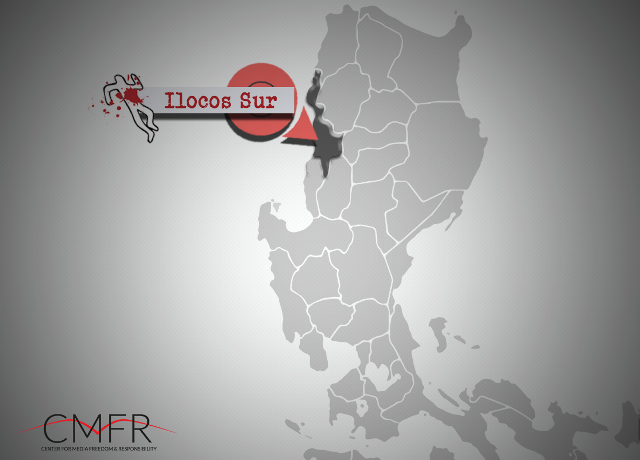 CMFR/PHILIPPINES – Unidentified men riding a motorcycle shot Mario Contaoi who has been identified by different reports as a volunteer reporter, program anchor, as well as a university professor and beach owner on 6 January 2017, in Magsingal town, Ilocos Sur, a province 370 kilometers north of Manila.

According to the radio station dzNS Radyo Totoo, Contaoi left the station’s employment in early 2016.  A colleague in the radio station also told CMFR that before he resigned, Contaoi hosted a commentary program, Boses 963, aired Monday to Saturday from 5:00 am to 6:00 am. He talked about environmental issues and politics in the province. Contaoi told the station he had been receiving death threats.

At around 10 pm on January 6, Contaoi was riding his motorcycle after drinking with friends when the assailant riding a motorcycle driven by a cohort shot him six times. He was rushed to Masingal District Hospital and was later transferred to Northside Doctors Hospital where he died at around 3:00 am the next day.

The police are yet to determine the motive of the killing.

If his previous media work has to do with his killing, Contaoi’s death is the 154th case of a journalist killed in the line of duty, second under Duterte’s watch.