Congressional Franchises as a Weapon to Control a Free Press 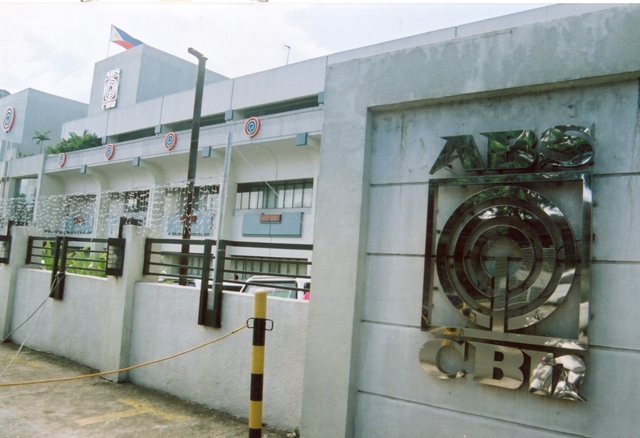 DURING THE last campaign, quite a number of supporters of now President-elect Rodrigo Duterte complained about the bias of the Philippine press against him. They particularly singled out ABS-CBN 2, the largest network, for reports that consistently showed him in a negative light. It has not helped that Duterte himself has fanned the flames of resentment against the press by lashing out at the media in several of his now controversial press briefings. Although he did not specifically target ABS-CBN, his tirades affirmed the notion that the press is somehow inherently anti-Duterte because, among other sins, they are corrupt.

For a press used to politicians and their temperament, this is all par for the course. But what if a large and influential network – like ABS-CBN – owes its very existence to the government or, to be more specific, the now Duterte-controlled Congress?

The Philippine Daily Inquirer, in a report on June 11, speculated on this very point. It said that the “failure” of ABS-CBN to renew its legislative franchise during the 16th Congress suggested that the network might have difficulty with the incoming Duterte administration, which will issue such a franchise.

ABS-CBN, the Inquirer said, “is in a bind after failing to have its legislative franchise approved before the 16th Congress closed shop on June 6.” The report relied on information provided by an anonymous member of the legislative franchise committee of the House of Representatives. The source supposedly said ABS-CBN sought the renewal of its franchise six years before its expiration in 2020 because it “did not want to risk having to go through the process under an unfriendly administration.”

Rodrigo Duterte and his supporters, it noted, were particularly peeved when the network aired an anti-Duterte advertisement paid for by senator and then vice-presidential candidate Antonio Trillanes IV. However, ABS-CBN’s rival network, GMA-7, also aired the ad.

According to the report, ABS-CBN’s supposed efforts to head off a possible confrontation with the Duterte administration failed because the allies of President Benigno Aquino III in Congress also felt that the criticisms against him by the network had been too personal and offensive.

ABS-CBN’s franchise renewal has been pending with the committee since September 15, 2014. On the same day the Inquirer report was published, ABS-CBN released a statement clarifying that it applied for early renewal in September 2014 and that the application went through the usual legislative process, but “due to time constraints, ABS-CBN decided to withdraw the application with the intent of seeking renewal in the 17th Congress.” The corporation also said claims that its franchise may not be renewed during the incoming Duterte administration are pure speculation.

The Need for a Franchise

No broadcaster or media entity should have to go through what ABS-CBN is supposedly going through. This then begs the question: Why should a media outfit’s continued operation need congressional approval?

As provided for in Republic Act (RA) 3846, or “An Act Providing for the Regulation of Radio Stations and Radio Communications in the Philippine Islands, and For Other Purposes,” commercial broadcasting corporations have to secure a legislative franchise (also called a congressional franchise) for them to operate. The franchise is granted in the form of a law and enacted in the same way as other laws in the Philippines: it has to go through committee hearings, then a discussion in the House plenary from where, if approved, it goes to the president for his signature.

The National Telecommunications Commission (NTC) was created by Executive Order 546 in 1979. Thereafter, NTC was tasked to issue Certificates of Public Convenience and to grant permits for the use of frequencies as additional requirements for the operation of broadcasting companies. Frequencies cannot be used arbitrarily by radio and television stations.

In contrast, applications for the operation of  broadcast stations is relatively easier in the United States, where only the independent Federal Communications Commission  is responsible for granting operation permits and renewing licenses. Applications are paperless and accomplished online.

Renewals in the Aquino administration

According to the Inquirer report, the franchise renewal application of Aliw Broadcasting Corporation, which operates radio stations DWIZ (AM band) and Home Radio (FM band), was “smooth-sailing,” with Aquino granting the 25-year extension of the corporation’s franchise through Republic Act 10790.

In fact, Aliw Broadcasting is not the only company whose operations were renewed by Congress with the concurrence of President Aquino. During the 15th and 16th Congresses, the franchises of these other broadcasting corporations were also renewed:

The enactment of the above-named laws extends the franchise of these corporations for another 25 years. The legislative franchises of the two other top broadcast networks — GMA-7 and TV5 — will expire in 2017 and 2019, respectively.

Prone to Manipulation and Pressure

While commercial broadcasting corporations are first and foremost businesses whose primary aim is to generate revenues, their continued operation to serve a public service and as government watchdogs is dependent on whoever occupies Congress and, ultimately, the Office of the President. This very setup undermines the watchdog role of the networks. The right to a free press is too precious a right to be at the disposal of government officials who, more often than not, react adversely to media coverage by using their power to stop the operations of media organizations they regard as too critical.

A press unencumbered by worries about its very survival is key to the full flowering of democracy. The incoming Duterte administration has already sparked controversy in how it deals with the press. These congressional franchises are an additional weapon in its arsenal to control a free press.